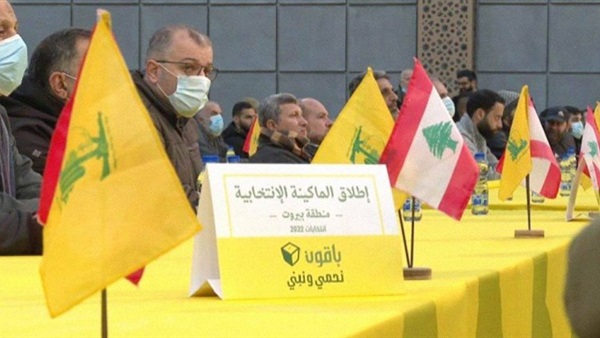 The Lebanese have not yet recovered from the crimes of the Iran-packed "Hezbollah" against their country; as their memories are full of assassination operations, targeted opponents and parliament members, as the late Prime Minister Rafik Hariri (was assassinated in 2005 bombing).

As we approaching the Lebanese elections scheduled for 15 May 2022, there is an atmosphere of cautious waiting and fear over possible assassinations; especially knowing that Hezbollah’s agenda is against the parliament’s comeback and the stability of Lebanon.

The situation is further compounded by the coming out news that Hezbollah fighters in Syria have been summoned to participate in the elections, in the group’s stronghold of Baalbek and Hermel.

This mobilization activities among the group's supporters warns of possibility of clash between them and the voters, or carrying out assassination missions against the candidates in the constituencies dominated by Hezbollah.

Along with the participation of Hezbollah’s fighters in Syria, the group is also focusing in its electoral campaign on urging Shiite citizens of Lebanese origin and living in Syria to vote. They made a plan for them to enter Lebanese territory from the crossings to participate in the elections and then secure their return to Syria again.

Hezbollah is seeking to win “Baalbek- Hermel” constituency in Bekaa third district, with 341000 voter. The largest confessional group in the district are Shias (74%), followed by Sunnis (13%), and Christians (13%).

The district includes 10 seats at stake (six seats for Shia, two for Sunnis, one seat for Maronite, and one for Greek Catholic).

The former MP in the "Future Movement" Mustafa Alloush, one of the candidates for the next parliament said he is in danger following his decision to run for election.

He added: “we will remember all the martyrs who fell over many years. and it is not excluded that there will be new lists that are vulnerable to be assassinated”.

It is noteworthy that the international community linked its financial support to Lebanon to the formation of a government of specialists whose tasks would be to carry out radical reforms, with providing urgent humanitarian aid, without dealing with official institutions.

Therefore, the new government should quickly reach an agreement with the International Monetary Fund, as a first step to get Lebanon out of its stalemate, which includes severe crises in fuel and electricity that are reflected in all aspects of life.

It should be noted that the withdrawal of Saad Hariri, the former prime minister and leader of the Future Movement, along with the abstention of his Sunnis supporters from voting may serve the interests of Hezbollah and its allies, who collectively won 71 out of the 128 seats in parliament in the previous elections in 2018.