Western Economies Are Creaking Under High Oil and Gas Prices, With No Relief in Sight 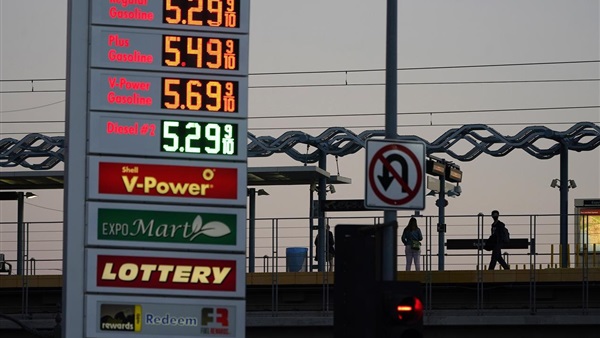 As the war in Ukraine drags on and Western sanctions against Russia tighten, the prospect of a normalization in energy prices is receding, raising the conflict’s toll on global economic growth, with Europe looking particularly vulnerable.

After a first climb in 2021 as the global economy began to recover from the Covid-19 pandemic, energy prices surged again following Russia’s Feb. 24 invasion of Ukraine, reflecting worries that oil and gas supplies from one of the world’s largest exporters would dry up because of military activity, Western sanctions or retaliation by Moscow.

With Russia having failed to gain a swift victory, economists now think energy prices may not fall back significantly this year and could rise further, even in the absence of fresh sanctions as the West shuns Russian oil and gas, shrinking the global supply of hydrocarbons it can tap.

This means inflation rates are likely to stay high for longer than was anticipated when the invasion began, weighing on household spending power and keeping production costs high.

“We are acutely aware of all the difficulties these high energy prices bring,” Shell Chief Executive Ben van Beurden said last week. “It’s a very significant increase in cost of living. It is very painful for a lot of people.”

Because it’s difficult for many people to reduce their energy consumption, economists expect higher prices for electricity, heating fuels and gasoline to constrain how much households can spend on other goods and services.

That will likely hit growth in all but the largest energy exporting countries. Economists at JPMorgan estimate that the 20% rise in gasoline prices in the U.S. that has followed the invasion of Ukraine could be lowering spending on other goods and services by $9.6 billion a month.

Unlike America, Europe imports most of its energy. So when prices rise, much of the additional spending by households and businesses goes to suppliers in Russia, the Middle East and North Africa. With Europe looking to reduce its dependence on Russian energy, some of it even goes to the U.S., which is becoming an important source of liquefied natural gas for the eurozone.

This leaves even less money to spend on goods and services produced inside the currency area, especially now that sanctions prevent Russia from buying European goods. In the U.S., higher energy prices tend to reshuffle spending power toward energy-producing states, and those who own shares in, or work for, energy-producing businesses.

Household energy prices in the eurozone were almost 40% higher in April than a year earlier, an increase that is larger than any in a single year during the 1970s, although that decade saw a series of large annual increases.

While the U.S. economy may have contracted in the first quarter, consumer spending grew rapidly. Detailed figures for the eurozone take longer to compile, but both France and Spain—two of the currency area’s four largest members—reported declines in household expenditure.

SEB, a Swedish bank that specializes in lending to businesses, Tuesday lowered its U.S. economic growth forecast to 2.6% from 3.5% for this year, but almost halved its forecast for the eurozone to 2.1% from 4%.

France’s Carrefour SA, one of the country’s largest supermarket chains with operations around the world, said it is leaning on suppliers to limit or postpone their price increases for as long as possible.

“We’re doing everything we can to protect the purchasing power of our customers,” Matthieu Malige, Carrefour’s chief financial officer, said last week.

European consumers, like their American counterparts, amassed some savings during the pandemic. But given how fast prices are rising and how stagnant wages have been in Europe, this purchasing power is eroding fast.

European Central Bank economists estimate that in the final three months of last year, the transfer of spending power out of the eurozone through higher energy prices was equivalent to 1.3% of gross domestic product. Prices have risen since then, particularly since the invasion.

“Since oil and gas are primarily imported into the euro area, this constitutes a major adverse terms-of-trade shock, reducing the aggregate real income of the euro area,” said Philip Lane, the ECB’s chief economist, in a speech last week.

The Bank of England is wrestling with the same dilemma as it raises rates to combat inflation, thus pouring cold water on an economy that is already slowing because of higher energy prices.

While policy makers Thursday announced their fourth straight rise in the key interest rate, they also warned that the British economy would be on the cusp of a recession over the coming year. That gloomy forecast is largely down to energy prices, which rose by 54% in April and are expected to jump by 40% in October.

“I recognize the hardship this will cause for many people in the U.K., particularly those on the lowest incomes,” said Andrew Bailey, governor of the BOE.

The first signs of that slowdown have already begun to show. Unlike the U.S. and other big economies, the U.K. publishes gross domestic product figures for each month. Sanjay Raja, an economist at Deutsche Bank, expects fresh figures due Thursday to show the U.K. economy “flatlined” in March, and said a contraction is likely in the three months through June.

In recent months, the rising cost of living has started to bite into the sales of John Risby’s alcohol-free drinks company. As consumers’ wallets are squeezed, they are turning to inexpensive soft drinks and shunning more premium nonalcoholic beers and wines, he said.

“I think we all have to hold on and just hope that we can avoid a recession,” said Mr. Risby, who is a director at the east England-based The Alcohol-Free Shop.

An outright interruption of Russian oil and natural gas supplies before European countries have managed to line up new suppliers would cause an even bigger hit to the region’s production capacity.

“We cannot really fully judge what’s going to happen if there would be really a cutoff of gas,” said Herbert Diess, chief executive of German automobile giant Volkswagen AG, this week. “We’re trying to be as resilient as possible.”

Orders are up at CamdenBoss Ltd, a British plastic components manufacturer, but higher oil prices have made its key raw material more expensive. Meanwhile, workers are demanding higher wages to offset inflation, and big customers are resistant to paying higher prices.

That combination is eating into profits. Managing director Katy Davies said she is worried that there are “no more levers to pull” to save costs, bar cutting staff, which she would rather not do.

“It’s tough,” she said. “Where does it end in terms of the inflation spiral? It is ever more pressing.”

While a sharp economic slowdown appears inevitable in Europe, some economists think the continent can avoid a recession. Europeans still have some of their pandemic-era savings to spend.

Another upside is that the pandemic will be less of a threat to the traditional European summer vacation this summer than it was in the past two years, offering a possible boost for southern European countries.

“While consumers are holding back on purchases of durable goods, they seem eager to take vacations on the beaches again after Covid-19 had kept many of them away,” said Holger Schmieding, an economist at Germany’s Berenberg Bank.