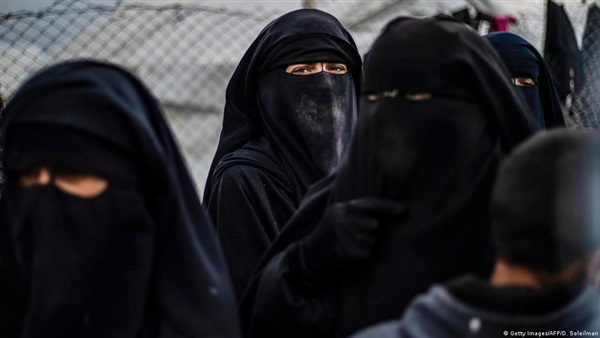 Germany has repatriated 27 children and eight mothers from the Roj camp in northeastern Syria, where nearly 2,500 women and children with ties to Islamic State militants are being held.

Half of the repatriated women were accused of being Isis members and were arrested upon arrival at Frankfurt airport. They were identified as Nadine K, Gulseren T, Emilie R and Fatiha B, a German-Moroccan dual citizen.

Nadine K is also accused of keeping a Yazidi woman as a sex slave. The woman was regularly assaulted by the suspect’s husband with Nadine K’s knowledge, it is claimed.

Annalena Baerbock, Germany’s foreign minister, described the operation as extremely difficult and thanked Kurdish authorities of the Syrian Democratic Forces and partners from the United States for providing logistical support.

“The 27 children are, at the end of the day, victims of Isis, and they have a right to a better future far from its deadly ideology, and also to live in security, as we would wish for our own children,” Baerbock said.

However, she added: “The mothers must be held accountable for their actions.”

In October Germany repatriated 23 children and their eight mothers from the same camp. Berlin said that after this week’s repatriations most of the German children whose mothers were willing to return had been brought back and only a few more special cases remained.

Experts believe that many countries are dragging their feet because they fear a political backlash at home. Denmark repatriated 14 children and three women in October, Sweden repatriated two children and their mothers last month and 11 children returned to the Netherlands in February, according to the Save the Children charity.

At the present pace it would take 30 years to repatriate thousands of children languishing in the Roj and Al Hol camps, the charity said. Both camps are plagued by crime. This week four people were killed in clashes between Isis and Kurdish forces at Al Hol, including a child. Al Hol holds 10,000 foreigners, including the wives and children of Isis fighters.

There are more than 7,300 minors from 60 countries living in both camps, with little possibility of education and a better life.