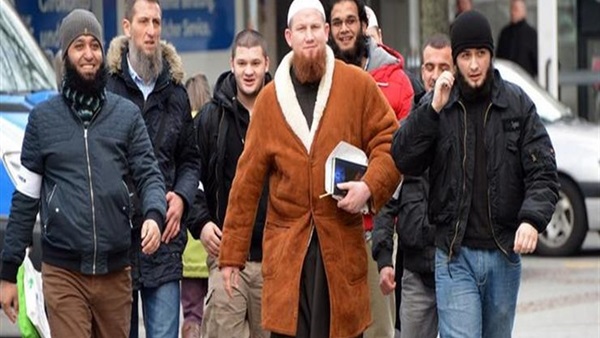 Generally speaking there has been a methodological problem for Salafists. A broad Salafi trend takes up "necessity" to justify legitimizing what they think is banned in Islam, i.e. elections, parliament, acceptance of democracy and having women as candidates on their electoral lists.

All of that has not been a result of religious revision. These issues remain haram, or unlawful, but they consider halal due to necessity, as part of their selective pragmatism.

The Salafi discourse has gone through a number of key transition phases since the January 25 Revolution due to politicizing at a time Salafists haven't completed requirements for political action,  pragmatically and fundamentally.

Salafists sacrifice strategies for tactics, as they don't have a program. They cannot free themselves from dependency and the old notion to reproduce the past.

Salafists and the Muslim Brotherhood share similar characteristics. However, Salafists lack experience compared to the Brotherhood.

The Salafists have made a great achievement by turning their charity and social capital into a political capital in a short time despite their inexperience.

The crucial question is: How could Alexandrian Salafists make such a dogmatic compromise and engage in politics and parliamentary action based on democratic rules?

Is the apostasy of parliament and rulers a general judgment or something individual? Can the Salafi dawah take up political action or not?

This contradiction will deepen in time. However, the Salafi dawah has come up with the following justifications:

1.      Conciliation with Islamism, citing that Islam encompasses all aspects of life. That contradicted the Salafi situation in Egypt prior to the January 25 Revolution. In Syria, al-Albany disdained from politics and focused only on education and purism. Rabee al-Madkhali and Hadi al-Wadiy did the same thing.

2.      Unity of Islamist movements. Borhamy said dividing Islam into political and nonpolitical is not correct. The priorities of Islamist groups are different, but not contradictory. The priority is based on a pious and committed Muslim. "This is the cornerstone for us," Borhamy added.

3.      The priority jurisprudence based on the non-separation between sharia and politics.  Borhamy said the political objectives should be in line with the sharia. The objectives should lead the worship of Allah and in line with what Prophet Mohamed [PBUH] ordered. We believe that contradicted what Borhamy said about elections many times before the January 25 Revolution.

Borhamy said that Salafists voted 'yes' for the constitutional amendments on March 19, 2011 for the sake of stability. He said Salafists' main concern is the second article of constitution which says that the principles of Islamic Sharia are the principal source of legislation.

As for the polls, Borhamy said the Salafi dawah was never against elections and polls. But it was futile during the Mubarak regime. Although the Salafists reject democracy and the possibility of a Christian president, they will take part in the political scene as they seek to preserve Egypt's Islamic identity, as Borhamy put it.

To the contrary of all that we find Madkhalists fully supporting the regimes. However, the turning point was when Madkhalists took up arms against sufists and stood up by Haftar in Libya and supported the Egyptian security forces and army in Sinai.

Here we find that Salafism has led to Madkhalism, which is concerned of cementing the regime more than dawah. Priorities reversed as Madkhalism places the state above educational Islam and dawah.

We are about to find a new era of Salafism, which is beyond Madkhalism, which switched from the general Islamic thoughts derived from the historical model to working for the present regimes, taking advantage of this space for expansion, turning into a new definition as the scene developments lead to.

However, that doesn't mean a shift of mindset as it will remain Salafist based on a social situation derived from the textual religious fundamentals.

Salafism is a movement that defends religion calling for the domination of the Salafi scholars. As a dynamic movement it labels anything that contradicts its basics as badaa, or innovation, considering dissidents to non-Sunnis.

It has a classical tendency seeking to criticize the reality and diagnoses reasons of deterioration.

Madkhalists have evolved to militarily confront sufists and Houthis. Some people say Madkhalism can be used. However, there will be a potential threat in the future. The Madkhalist fundamentals are similar to other Salafi groups.

The organizational framework is no longer a problem for Madkhalists, who had groups taking part in wars in Libya and Yemen. In the future, Madkhalism may take that direction.

The Salafi movement has witnessed a number of shifts and transitions from the institutional, social Salafism represented by Ansar al-Sunna, the Scientific Salafism, al-Gamiyah al-Sharia and dynamic Salafism to the third current, which includes the Salafist Front, Sharia Students Movement, Neo-Islamic Current and Ahfad Saladin (Saladin's Grandsons).