Kyiv and Moscow weaponise citizenship in battle for influence 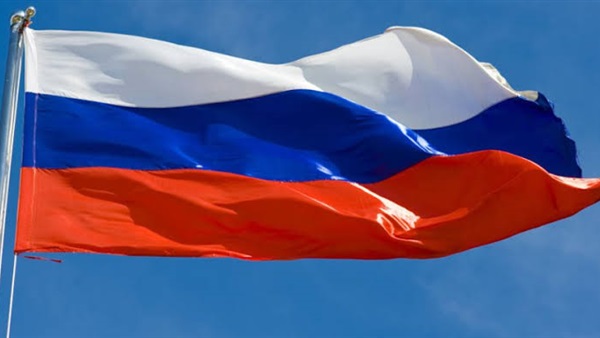 A few words to ambassadors in Kyiv shortly before the end of the year highlighted one of Volodymyr Zelensky's new battle horses: the diaspora. The Ukrainian president spoke of a "soft force" that could help protect the country's interests abroad. He thereby launched a charm offensive aimed at emigrants who he hopes will be a tool of Ukrainian soft power. He is seeking to make use of a vector of influence that has long been wielded by Moscow, which uses "compatriots" - Russian nationals or descendants of Russian or Soviet nationals living abroad - to promote its interests. The Kremlin has taken a renewed interest in this strategy in recent months, as evidenced by the reorganisation of political soft power structures in Moscow and the strengthening of cultural influence networks abroad.

SVR boss Sergei Narychkin and his spymasters have long experience in exploiting these networks, but Kyiv has so far provided little support to its nationals abroad. Zelensky's new-found interest in them is intrinsically linked to Ukraine's hostilities with Moscow and its desire to open a new front in the military, political and informational war that Russia and Ukraine are waging. But Kyiv has much work to do to become as adept as Moscow in making use of its diaspora.

The Russian concept of compatriots - whose awkward definition may be broadened thanks to the activities of MP Konstantin Zatulin  - intertwines several notions. These include citizenship, a specific legal link to a state; nationality, affiliation to an ethnic group sometimes correlated with citizenship; and the feeling of national belonging enhanced by patriotism, a sensitivity to soft power and a shared language or values.

Moscow has boosted various agencies, organisations and institutions in order to energise and coordinate its compatriots scattered around the globe. These hundreds of entities, created by the state or by individuals, contribute to creating a sense of belonging to the "Russian world" as well as to the advancement of Russia's political agenda and the promotion of soft power abroad that targets both compatriots and Russophiles.

The Kremlin has entrusted the task to some big names in the corridors of power. Dmitry Kozak, a loyal Vladimir Putin ally, deputy head of the presidential administration, and the man in charge of the Ukraine issue in the Kremlin, is one of them. He presides over the Russkiy Mir (Russian World) foundation which was created in 2007 mainly to promote the Russian language. Igor Barinov, a former officer of the FSB's Alpha anti-terrorist section, has been heading the Federal Agency for Nationality Affairs since its creation in 2015. His agency works closely with the Russian national research institute for the development of communication, or NIIRK a small scientific research centre made up of ex-KGB agents, and with the proactive soft power agency Rossotrudnichestvo . This agency, headed by Yevgeny Primakov Jr, the grandson of the first SVR director Yevgeny Primakov , has this year revamped its priorities. Primakov Jr, who is promoting an "active role" for compatriots, has renamed its outlets abroad as Russian Houses while maintaining a closer link with cultural and spiritual centres such as the Parisian one located at Quai Branly, all of which falls under the supervision of Russian diplomacy.

The galaxy of compatriot coordination councils, themselves under the umbrella of the World Congress, also relies on myriad associations and foundations such as the Institute for the Russian Diaspora, which is backed by a state programme to assist the voluntary resettlement of compatriots living abroad that was approved by decree in 2006. All this is supported by the State Duma committee on the Commonwealth of Independent States (CIS), Eurasian integration and relations with compatriots, which includes deputies Viktor Vodolatsky , Kazbek Taisayev and Konstatin Zatulin. All of them are particularly outspoken on the Ukrainian question.

Ukraine also has large numbers of its nationals and descendants living abroad, particularly in Poland, Russia, Canada and the United States. According to foreign ministry estimates, the ranks of Ukrainian emigrants have swelled by more than a million a year since 2014, the year the conflict in the east of the country began and the state lost control over the Crimean peninsula. This exodus is a "national tragedy" in the eyes of former Ukrainian foreign intelligence boss Mykola Malomuzh , and the second greatest danger to the country after the Russian threat, according to former prime minister Yulia Tymoshenko.

The Kyiv administration now intends to change its approach and to take advantage of the diaspora, which has left for economic or security rather than political reasons, and to show its desire to bring other groups on board.

On 18 December, Zelensky signed a law making it easier to acquire Ukrainian citizenship, particularly for veterans of the Donbass conflict, including Tartars, Belarusians, Georgians, Serbs, Chechens and some Westerners. A few hours later that same day he met with organisations representing Ukrainians abroad. The president, who, despite internal destabilisation has sought in recent weeks to boost his international stature, asked them to participate more actively in the activities of the Crimean Platform , to help give the country more clout in the European Union , and to help get more international support for Kyiv in its struggle against its neighbour. All of this is being done while taking into consideration expats' grievances about dual citizenship, which is currently prohibited under Ukraine's constitution and under a 2001 law. Zelensky, who made the possibility of dual citizenship a goal of his mandate from 2019, last month introduced bills aimed at opening up the possibility in the national assembly, the Verkhovna Rada.

These draft laws, which in previous incarnations have been rejected, could undergo amendments prohibiting the acquisition of Russian citizenship alongside Ukrainian citizenship. Kyiv is cautious on the subject, which it considers an irreconcilable contradiction. It has good reason for prudence. The use of passports as a weapon of influence against Kyiv was industrialised by Moscow as early as 2014 when Russian consular services initiated the large-scale distribution of passports in the self-proclaimed People's Republics of Donetsk and Luhansk and in Crimea. The move, sometimes referred to as "passportisation", led to nearly a million people acquiring Russian citizenship in seven years. Around 30,000 did so in 2021.

Behind the phenomenon is a struggle between two national identities. Russia presents itself as the great unifier of the Slavic and Orthodox world, a thesis defended by Putin in an essay published in July and titled On the Historical Unity of Russians and Ukrainians. Ukraine for its part presents itself as a country under attack that must defend itself against its eastern neighbour. The Russians push their cause via major PR campaigns run by the SVR, while the Ukrainians do so via their SZRU foreign intelligence agency and GUR military intelligence.