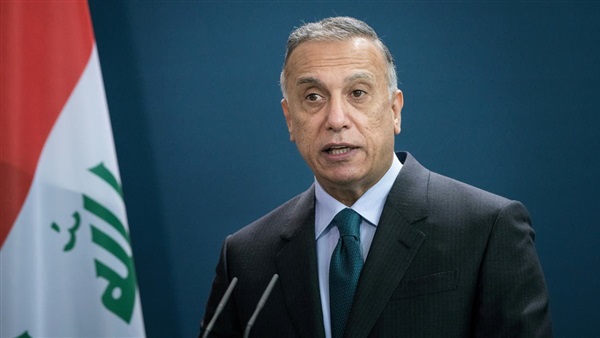 An explosive-laden drone attacked the residence of Iraqi Prime Minister Mustafa al-Kadhimi in Baghdad early Sunday in what Iraqi security officials said was an assassination attempt, marking an escalation of tensions between the country’s government and Iran-backed militia groups.

Mr. Kadhimi, who addressed the nation on television shortly after the attack, said he wasn’t hurt. The attack followed threats against Mr. Kadhimi from an Iran-backed militia leader, though the armed groups denied responsibility and no one immediately claimed credit.

The apparent assassination attempt adds to political turmoil in the aftermath of Iraq’s parliamentary election last month in which Iran-backed militia groups claimed without evidence that the vote was rigged. Tehran-allied parties suffered a rebuke in the election as voters favored nationalist and other forces in the country.

Iran-backed paramilitary groups have turned to drones in a series of attacks on U.S. forces in Iraq and Syria in recent months, prompting the U.S. military to shore up protective measures on its bases.

Sunday’s attack marked a departure from previous drone strikes by targeting the highest levels of the Iraqi government, which has struggled to rein in the militias.

A statement from the Iraqi security forces called the incident “a failed assassination attempt against the prime minister and commander-in-chief by a booby-trapped drone.”

A senior official in the Iraqi interior ministry, Maj. Gen. Saad Maan, said on state television that three drones attacked the prime minister’s residence. Two of the aircraft were shot down by security forces while the other one succeeded in carrying out the attack, he said. An unspecified number of security officers stationed at the residence were injured in the strike, he also said.

Explosions produced by the attack blew doors off their hinges and splintered a concrete staircase on the outside of the building, according to images of the damage released by the Iraqi security forces.

Iraqi state television broadcast images of unexploded munitions that officials said were attached to one of the drones. Police said the shell, found on the roof of the building, was later detonated safely.

The attack came after a sharp escalation in tensions in Iraq’s postelection dispute after a protester was killed during a demonstration on Friday outside Baghdad’s secure Green Zone, a central area that shelters government institutions and foreign embassies.

Stone-throwing demonstrators denouncing what they said was fraud in the election clashed with security forces, who fired tear gas, at the entrance to the Green Zone.

Qais Khazali, the leader of one of Iraq’s largest pro-Iran militias, Asaib Ahl al-Haq, accused Mr. Kadhimi of directing the use of live ammunition at the protesters. Militia groups held a funeral march for the slain demonstrator, a well-known member of the militia. Mr. Khazali said that Mr. Kadhimi needed to face legal consequences for the death of the protester and said the prime minister should “pay the price” for the killing.

Mr. Kadhimi ordered an investigation into the violence during the protests. The security forces said the investigation would look into who violated orders from the prime minister not to fire live ammunition.

Mr. Kadhimi, a former intelligence official, has been at odds with the militias since he was appointed prime minister in May 2020 in the wake of widespread protests against corruption in the country. He didn’t run in the October election but has held out hope of remaining prime minister as a consensus figure in whatever governing coalition emerges from the vote.

Mr. Kadhimi has vowed to constrain the paramilitaries but his attempts have fallen short as the armed groups have embedded themselves deeper within the Iraqi state. The militias are part of a broader movement that organized to fight Islamic State when it overran much of Iraq and Syria in 2014.

The State Department condemned the attack on Mr. Kadhimi’s residence, saying the U.S. stands with the government and people of Iraq.

Iraq’s largest militia groups played down Sunday’s attack and rejected blame for the incident. “No one in Iraq has even the intention to lose a drone on a former prime minister,” the Kataib Hezbollah militia said in a statement, referring to Mr. Kadhimi, who is likely to leave office once a new government is formed in the coming weeks or months. Mr. Khazali of the Asaib Ahl al-Haq militia said that he doubted the attack happened but that he would condemn the incident if reports were true.

In last month’s election, voters dealt a surprise setback to Tehran and its allied militias, cutting the number of seats held by pro-Iran parties by more than 30.

A bloc led by Shiite cleric Moqtada al-Sadr won the largest share of seats in parliament, positioning him as the main power broker in continuing talks toward forming a government. Mr. Sadr campaigned on a platform of opposing both U.S. and Iranian influence in Iraq.

Mr. Sadr condemned the attack on the prime minister’s residence, calling it a terrorist attack.