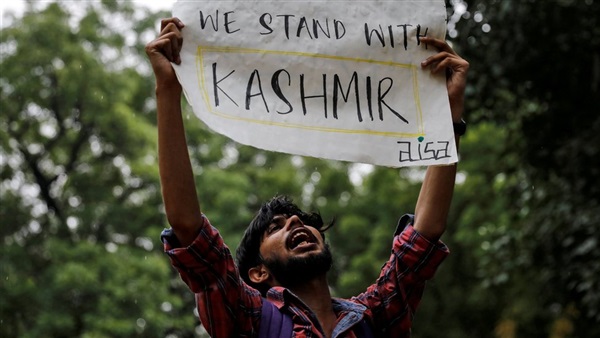 This violence is driven by belief within the groups that India has to be a land for Hindus only.

This is why the same groups antagonize the adherents of all other religions in India.

Hindu groups committed abhorrent violence against Muslims in the northeastern Indian state of Assam, displacing thousands of them.

The violence opened the door for unprecedented religion-based killing and sectarian practices against villagers in the state.

The same violence seeped out of the state and into Kashmir in northern India.

Kashmir is a disputed territory between India and Pakistan. It is inhabited by a Muslim majority that lobbies for independence.

Social media activists have launched campaigns to protect the Muslim residents of the region.

They called one of the campaigns 'Save the Muslims of Kashmir' and the other 'Kashmir deprived' to invite the world's attention to the suffering of the region's Muslims.

The activists posted a large number of photos and videos within the campaign, showing violence against Muslims.

Since coming to power in India in 2014, the Bharti Janata Party has been fueling high waves of extremism across India.

This extremism is also backed by the Indian paramilitary nationalist organization, Rashtriya Swayamsevak Sangh, which supports attacks against Muslims.

Sorry to say, the same attacks receive little attention from Indian media, although they are widespread.

Kashmir has been deprived of its autonomous nature since 2019.

Major tensions have been sweeping through the region since that date, while the government of Indian Prime Minister, Narendra Modi, keeps encouraging violence against Muslims.