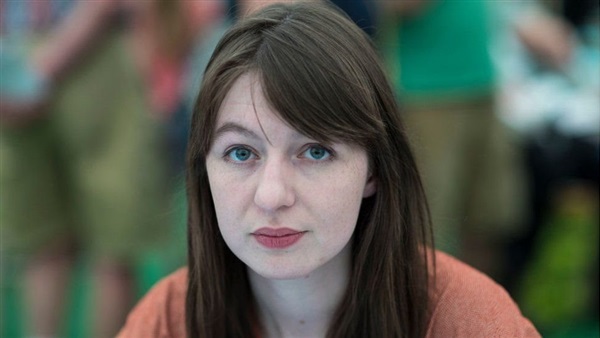 The Israeli foreign ministry has accused Sally Rooney, the novelist, of impeding peace in the Middle East by refusing a request to have her book translated into Hebrew.

Rooney said she supported a cultural boycott of Israel and would not allow the translation rights for her latest novel to be sold to an Israeli-based publishing house. She explained her decision as an expression of solidarity with the Palestinian people “in their struggle for freedom, justice and equality”.

The acclaimed Irish author said the company in question, Modan, “does not publicly distance itself from apartheid”.

A spokesman for Israel’s foreign ministry told The Telegraph that Rooney’s decision was “narrow-minded” and impeded peace in the Holy Land.

This is an unfortunate position that promotes narrow-mindedness and impedes peace, dialogue, or any meaningful change. Literature is a tool to promote dialogue and conversation,” they said.

There is something inherently flawed with an intellectual who refuses to engage in conversation, and instead supports the silencing of opinion.

' Literature and art are meant to foster dialogue'

Nurit Tinari, director of the foreign ministry’s culture division, said: “The boycott movement is an illegitimate campaign that has been tainted with antisemitism since the day it was founded through to today.

If Ms Rooney had only visited Israel and studied the situation in depth, I believe that she would not have made such a discriminatory decision that excludes an entire group of people based on its place of residence and language.”

The move was welcomed by pro-Palestinian campaigners who said Rooney recognsised her “profound moral duty to do no harm to our liberation struggle”.

Rooney previously approved Modan translations of her first two bestsellers, Conversations with Friends and Normal People. But she refused to allow the company to do the same with her latest, Beautiful World, Where Are You.

Her boycott was first noted by Haaretz, the Israeli newspaper. Rooney set out her position in a lengthy statement yesterday.

She said: “It would be an honour for me to have my latest novel translated into Hebrew and available to Hebrew-language readers. But for the moment, I have chosen not to sell these translation rights to an Israeli-based publishing house.”

Rooney, 30, referred to reports from human rights organisations which, she said, confirmed that “Israel’s system of racial domination and segregation against Palestinians meets the definition of apartheid under international law”.

Rooney explained that she was supporting the Boycott, Divestments and Sanctions (BDS) movement, which calls for an economic and cultural boycott of “complicit” Israeli companies and institutions.

It is modelled on the economic and cultural boycott that helped to end apartheid in South Africa,” Rooney said.

Of course, many states other than Israel are guilty of grievous human rights abuses. This was also true of South Africa during the campaign against apartheid there.

In this case, I am responding to the call from Palestinian civil society, including all major Palestinian trade unions and writers’ unions.

I understand that not everyone will agree with my decision, but I simply do not feel it would be right for me under the present circumstances to accept a new contract with an Israeli company that does not publicly distance itself from apartheid and support the UN-stipulated rights of the Palestinian people.”

Solidarity with the Palestinian people in their struggle for freedom'

Rooney said she would be willing to sell the Hebrew-language rights “if I can find a way that is compliant with the BDS movement’s institutional boycott guidelines”.

She ended her statement by saying: “I would like to express once again my solidarity with the Palestinian people in their struggle for freedom, justice and equality.”

The Palestinian Campaign for the Academic and Cultural Boycott of Israel (PACBI), a founding member of the BDS National Committed, voiced their support for Rooney.

It said: “We note with pride the historic solidarity expressed by Irish cultural figures with the Palestinian struggle for freedom, justice and equality.”

Palestinian authors, like myself, applaud Rooney for her unwavering support of Palestinian human rights.”