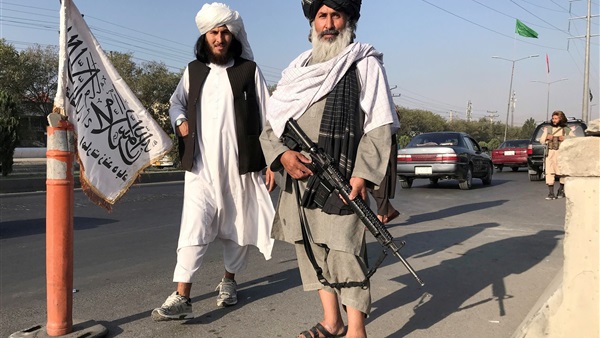 Taliban authorities have put the bodies of four alleged kidnappers on public display, in a sign the militant group is returning to a harsh version of Islamic justice in Afghanistan following the chaotic withdrawal of U.S. troops last month.

Graphic photos showed the bloodied corpse of a man hanging from a crane in the main square of the western Afghan city of Herat, near the border with Iran, on Saturday. Witnesses described similar scenes across the city, where the bodies of three other men were also strung up for public viewing, and Taliban officials reportedly encouraged crowds to gather and take note.

I was talking with a customer when I saw Taliban bring two dead bodies on the back of a ranger vehicle,” Ahmadi, a mobile phone seller, told Britain’s the Guardian newspaper. “Then they told the people that from now on this is what will happen to anyone who kidnaps people. Many started chanting ‘Allahu akbar’ as a crane hanged the body.

Ziaulhaq Jalali, a Taliban-appointed district police chief in Herat, reportedly said that Taliban members rescued a father and son who had been abducted by four kidnappers after an exchange of gunfire. He said a Taliban fighter and a civilian were wounded by the kidnappers and that the kidnappers were killed in crossfire, the Associated Press reported.

The gruesome public displays come just a day after a founder of the Taliban said the group plans to bring back executions and amputations. Since the Taliban seized control of the country last month, world leaders and Afghans have been watching warily to see whether the group will return to the harsh form of Islamist justice it ran when it previously had control of the country from 1996 to 2001.

Last week, Nooruddin Turabi, a deputy to the Taliban’s founding supreme leader, told the Associated Press that the country’s rulers are deciding whether they will dole out these punishments in public in the way they once did.

Turabi, who is in his 60s, ran the feared ministry of vice and virtue, which enforced the Taliban’s severe interpretation of Islam in the 1990s, and had a reputation for policing decrees strictly, including by beating those who had beards that were too short or people wearing insufficiently modest clothing. He is under U.N. sanctions, along with several ministers from the interim government.

Western governments have made it clear that any resumption of foreign aid is conditional on the Taliban upholding basic human rights. U.S. State Department spokesman Ned Price said Friday that resuming acts such as the amputation of hands and executions “would constitute clear gross abuses of human rights.”

The Treasury Department issued two licenses Friday that facilitate the movement of some U.S. and international humanitarian aid and financial assistance to the people of Afghanistan, while upholding sanctions on the Taliban, amid concern that Washington’s punitive measures could compound an unfolding humanitarian crisis.

There have been signs of a broader erosion of human rights since the Taliban takeover, too. Human Rights Watch warned on Thursday that Taliban fighters had prevented some women — including teachers and students — from moving outside their homes in Herat and had ordered others to cover their faces.

When it last ruled, the Taliban barred girls from school and women from the workplace. Since it resumed power last month, some universities have imposed gender segregation and divided classrooms with curtains or boards.

No one will tell us what our laws should be. We will follow Islam and we will make our laws on the Quran,” Turabi said in the AP interview