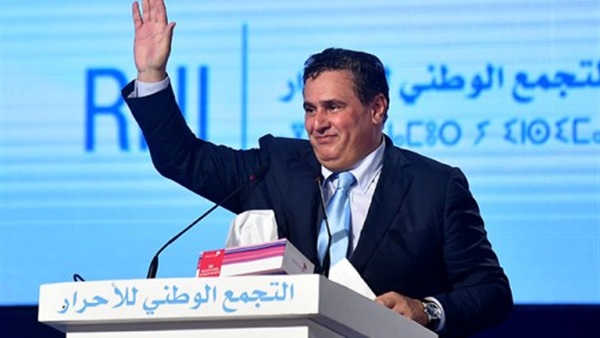 In the fishing towns along the southern coast of Morocco near Agadir, the impoverished supporters of the billionaire politician Aziz Akhannouch came out to fête him on the electoral campaign trail with singing, drums and applause.

A friend of Mohammed VI, the all-powerful king, they say that his moment to become prime minister has arrived and that his party will win the general elections on Wednesday. Then, they hope, he will shower munificence on the region, his political stronghold, giving them the schools, hospitals, jobs and in some cases money for new shoes that they desperately need.

Akhannouch, 60, maintains that there is a clamour for change in Morocco and that the electorate will vote out the ruling Justice and Development Party (PJD), ending its decade in office and the rule of the last Islamist party that came to power after the Arab Spring. His supporters say that the Islamists have not delivered the prosperity they promised and that they have failed.

“We’ve had enough, we’ve got to get them out. They’ve done nothing for us,” said Kamal Baaddi, who owns one of the many small-scale surfing outfits along the coast and who spent 23 years instructing surfers in Cornwall. “This guy Akhannouch has the skills. We don’t need a party with ideology, we need professionals.”

Morocco has been doing relatively well economically but growth needs to be extended beyond large cities. Experts say that competition is lacking in many sectors controlled by businessmen close to the monarchy. Productivity in the agricultural sector needs to increase. More jobs need to be created for unskilled workers, which are a large section of the population.

Tensions between Morocco and neighbouring Algeria have deteriorated to the point where the latter cut ties last month. But the US recognition under President Trump of Morocco’s claim of sovereignty over the disputed territory of Western Sahara has accrued great prestige for the king. Similarly the establishment’s success in counterterrorism operations at home and abroad have strengthened the monarchy’s position. Morocco is seen as a bastion of stability in north Africa.

Critics suggest that a change of ruling party will not be a change at all. They point to the fact that, whatever the result, the monarch will remain the highest authority in political, military, security and religious areas, appointing key figures such as the defence and interior ministers, the secretaries of state and governors. Some go further to suggest that a defeat of the PJD would be to some extent a symptom of the rollback of reforms made by the king after the Arab Spring, which gave more powers to the elected parliament and the government.

So is there a clamour for change at all, or is there growing disillusion with a lack of political reform?

The answer from those in power is as clear as the fog that swept in from the Atlantic as Akhannouch made his progress up the coast, making fleeting stops at towns surrounded by arid hills dotted with the gaunt and gnarled silhouettes of argan trees.

Many Moroccans are clear-sighted about the limits of the vote, however. “You must understand that here we vote not for political ideologies but for the wealthy, powerful men that can give us something,” said a young man in a surf shop in Imsouane who gave his nickname as Cutie. Three elderly fishermen, looking more bemused than impressed by the cavalcade, said they did not know who to vote for. “It doesn’t matter, “ one shrugged. “It makes no difference at all.”

Akhannouch, whose National Rally of Independents (RNI) party is widely believed to be favoured by the king and who built his political reputation as head of the country’s influential agriculture ministry for 15 years, insists that his leadership will be a marked improvement on the Islamists’ record. “We have had ten years with the PJD in power and people have made clear they want change. They are tired of the same faces and characters,” he told The Times during a break in campaigning. “We have difficulties — the pandemic, an increase in unemployment. We have to give confidence so that businesses invest in Morocco.”

He has spent five years radically rebuilding the party, spreading its reach across the country. His success has increased tensions in the past week, with the Islamists and other parties accusing him of illegal campaign spending. The opposition Authenticity and Modernity Party, a third contender to capture the most votes, said RNI was “flooding the political scene with money”. Akhannouch categorically denied the claim.

Others accuse his party of being part of the forces that “tamed” the PJD on behalf of the king, successfully manoeuvring to oust Abdelilah Benkirane, a charismatic populist who as prime minister had posed a potential threat to the monarchy and its power.

The main question, according to Riccardo Fabiani, the north Africa expert at the International Crisis Group, is whether the Islamists can survive their “taming” by the monarchy, or be abandoned by voters disappointed in their inability to reform the system. Also a central issue will be the turnout rate, which in previous elections has been steadily declining. “It will be a key indicator to watch to assess the legitimacy of the current political system and the level of disenchantment of the population,” he said.

He added that the decline of the PJD is testament to the system’s resistance to change. While formally the country is a constitutional monarchy, de facto the country is run by the king and his entourage through “a complex web of patronage networks controlled by rural notables and cronies”.

Akhannouch is clear about his loyalty to the monarch. “The only chance for this country is if his majesty has a long-term vision for its economic and development priorities, and happily he is there to assure exactly the continuity of these strategies across the whole country,” he said. “I can assure you that the king is a great strategist. What he needs is men and women capable of putting in action this great vision for the future.”

Rashid Rashidi, who is unemployed but earns a living on commissions for finding renters for beach lodgings, said he was not going to vote. “It’s all hypocrisy,” he said, pointing to the fanfare surrounding Akhannouch’s entourage. “They would have better spent the money on giving people bread and water.”