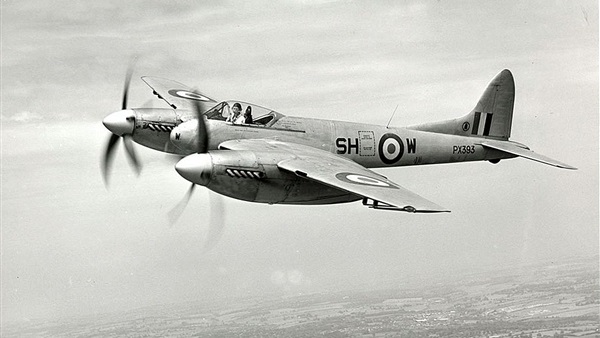 On a July morning in 1967, two American B-52 bombers collided over the South China Sea as they approached a target in what was then South Vietnam.

Seven crew members escaped, but rescue units from the Air Force, Navy and Coast Guard were unable to find six other men, including a navigator from New York, Maj. Paul A. Avolese. It wasn’t until last year that scientists scanning the seafloor found one of the B-52s and recovered Major Avolese’s remains.

“It was very humbling to be diving a site that turned out as hallowed ground, and realizing that maybe we were in a position to help bring closure back to families that had been missing this lost aviator,” said Eric J. Terrill, one of two divers who descended to the wreck.

Scientists say the recovery highlights a shift in the Pentagon’s ability to search for personnel still missing from the Vietnam War.

For decades, such efforts have mainly focused on land in former conflict zones. But in this case, American investigators looked at an underwater site near Vietnam’s long coastline, using high-tech robots.

Their use of that technology is part of a larger trend. Robotic underwater and surface vehicles are “rapidly becoming indispensable tools for ocean science and exploration,” said Rear Adm. Nancy Hann, who manages a fleet of nine aircraft and 16 research and survey vessels for the National Oceanic and Atmospheric Administration.

“They have proven to be a force multiplier when it comes to mapping the seafloor, locating and surveying wrecks and other sunken objects, and collecting data in places not easily accessed by ships and other vehicles,” Admiral Hann said.

One reason for the new focus on Vietnam’s undersea crash sites is that many land-based leads have been exhausted, said Andrew Pietruszka, the lead archaeologist for Project Recover, a nonprofit organization. The group worked on the recent recovery mission with the Defense POW/MIA Accounting Agency, or D.P.A.A., the arm of the Pentagon tasked with finding and returning fallen military personnel.

“Over time, a lot of the really good land cases and sites they’ve already done, they’ve already processed them,” said Mr. Pietruszka, a former forensic archaeologist for D.P.A.A. who now works for the Scripps Institution of Oceanography at the University of California, San Diego. “Now the majority of sites that haven’t been looked at are falling in that underwater realm,” he added.

As of late July, 1,584 U.S. personnel were still missing from the Vietnam War, the D.P.A.A.’s latest figures show. Bob Maves, an analyst for the agency who specializes in the war, said 420 of them were believed to have been lost along Vietnam’s coastline or within its territorial waters.

He said it was “technically true” that the majority of missing-in-action sites the agency has not yet looked at in Vietnam were underwater, but added that most were in places too deep for recovery operations.

The mission to find Major Avolese’s B-52 bomber was the first time that the defense agency had allowed a nongovernmental partner to conduct work in Vietnam.

“Our hope, and both sides have discussed this, is that this is the first of hopefully many projects that we can be doing together, in conjunction, of course, with the Vietnamese government,” Mr. Pietruszka said.

Major Avolese’s remains were recovered in a region that threatens to become a flash point in the intensifying confrontation between China and the United States. Beijing has been building artificial islands in the South China Sea and militarizing them. That has worried the United States, as well as Vietnam and other countries that have maritime claims in the region.

Allowing Americans to bring advanced underwater robots into Vietnamese-controlled areas of the South China Sea — equipment that could have military applications for both governments — is also diplomatically sensitive. Mr. Pietruszka said obtaining the permissions for the recent expedition was “a heavy lift for all parties.”

But U.S.-Vietnamese ties have steadily warmed since the two countries normalized relations in 1995. And for Vietnam, allowing such projects is one way of building further trust with its former enemy, said Le Van Cuong, a retired Vietnamese major general.

“The outstanding characteristic of Vietnamese people is the desire to help others,” he added.

‘Fireball’ in the sky

Paul Andrew Avolese, whose family declined to be interviewed, was born on June 12, 1932, archival military documents show. He was from New York and served in the Air Force’s 4133d Bomb Wing in Vietnam.

On July 7, 1967, he and his crew were flying from a U.S. base in Guam alongside other B-52s to bomb a target in South Vietnam, documents show. As two of the bombers maneuvered into place about 65 miles southeast of what was then Saigon, the South Vietnamese capital, they collided, igniting a “fireball.” One person on Major Avolese’s plane, Maj. Gen. William J. Crumm, was the first of several American generals killed in the war.

Eight days after the crash, Col. Mitchell A. Cobeaga of the Air Force told Major Avolese’s parents in a letter that the exact cause of the collision was unknown. “Every man here in the 4133d Bomb Wing shares your anxiety over your son,” he added.

Major Avolese, who was 35 at the time of the crash, was declared dead a few days after the letter was written. The U.S. military later classified his remains, as well as those of the five others missing, as “nonrecoverable.” Still, investigators pursued potential leads about the wreckage of the two B-52s for decades.

In February of last year, scientists from Project Recover helped the Defense POW/MIA Accounting Agency continue the search for the B-52s where previous ones had failed. The target of their survey vessel’s two-week expedition was a seafloor area measuring about eight square miles.

“The haystack was very large, I would say, in terms of where we should search,” said Dr. Terrill, a principal investigator at Project Recover.

In the past, such expeditions would have relied on divers or “fairly rudimentary” sonar, he said. But this one used three six-foot-long robots with the ability to scan up to 229 feet on either side and to produce high-resolution imagery of the seafloor.

The wreckage of one B-52 came into view. Then the team saw human remains on the seabed. But before recovering them, Dr. Terrill said, the crew needed to obtain permission from military officials in Vietnam and the United States by satellite phone.

About 24 hours later, the remains were brought to the surface. A lab in Hawaii eventually identified them as Major Avolese’s.

The remains of two other men who were on the same B-52 have yet to be found. Mr. Pietruszka said a full excavation to recover them would typically be the next step in such a case, and that D.P.A.A. would make that decision.

In September, Major Avolese was officially accounted for by the Pentagon. It said a ceremonial pin would be placed next to his name at the Courts of the Missing, in the National Memorial Cemetery of the Pacific in Honolulu, to indicate that he had been found