Haiti Plans a State Funeral for a Divisive President 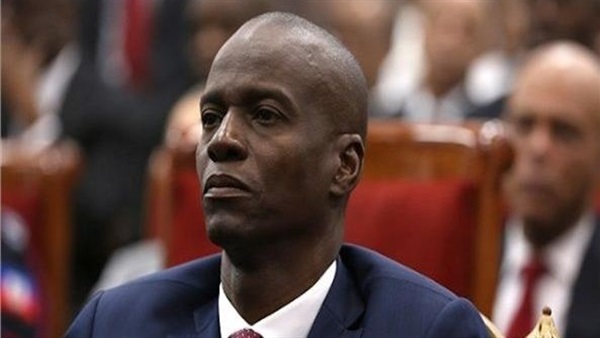 Amid a continuing power struggle in Haiti and swirling questions about the country’s future nearly a week after the assassination of President Jovenel Moïse, there’s at least one thing that some people in the nation seem to agree on: a state funeral for the slain leader.

Haiti’s government says it is setting up a committee to plan a state funeral for Mr. Moïse “with the respect, solemnity and dignity attached to his rank as head of state.”

Monique Clesca, a Haitian pro-democracy activist and former United Nations official who has criticized Mr. Moïse’s leadership, said that while the president had been a deeply divisive character, many Haitians felt it was imperative that the dignity of the office be respected.

“He was Haiti’s president. Even if we disagreed and thought he should be out of office, this is a former president who died, and there is respect for the office,” Ms. Clesca said. “Jovenel Moïse was not loved, and this is a guy who traumatized the country for the past few years. But in our culture the dead are sacred. A Haitian president has died, and we must rise above it all.”

Carmen Cajuste, 68, a grandmother in Pétion-Ville, a suburb of Port-au-Prince, the Haitian capital, observed that Mr. Moïse was human, after all, and she wanted the president to have a big funeral. “He came out of here,” she said, touching her belly, before making the sign of the cross.

Still, while there is some support for a state funeral, Mr. Moïse had many detractors. There is also ambivalence in some quarters about how much respect to afford him given what his critics say was the suffering that he brought about.

Over the weekend, Claude Joseph, Haiti’s interim prime minister, said his priority was to investigate the assassination and to find answers. He commended the Haitian people for maintaining their calm, suggesting that the assassination may have been calculated to “push the population to revolt and carnage.”

Mr. Joseph declared a “state of siege” immediately after the assassination, effectively placing the country under martial law. In that period of 15 days, the police and members of the security forces can enter homes, control traffic and take special security measures and “all general measures that permit the arrest of the assassins.”

In recent days, the country has been convulsed by photos circulating on social media that purport to show the president’s corpse, and even his harshest critics have been angered over the pictures and their impingement on the dignity of the dead.

The order called for the national flag to be flown at half-staff, and nightclubs and other establishments to remain closed. It “invited” radio and television stations to program circumstantial programs and music.

“He believed in change that would last,” read one of the captions of the video, which showed images of Mr. Moïse mingling with crowds while a nostalgic piano soundtrack played.

The planning for the funeral comes as Haiti is facing a political crisis with several rival claims to power. Two men are competing for the job of prime minister even as Haiti’s democratic institutions have been severely hollowed out. And the president of the Senate has also been jockeying for power.

Mr. Moïse had planned to remove Mr. Joseph as prime minister, naming a replacement who was supposed to have been sworn in last week.

Mr. Moïse had presided over a country shaken by political instability, endemic corruption and gang violence. His mandate was contested, with opponents saying that his five-year term should have ended in February. But Mr. Moïse had insisted that he had more than a year to serve, arguing that his term did not begin until a year after the presidential election, amid accusations of voting fraud.