The World Relies on One Chip Maker in Taiwan, Leaving Everyone Vulnerable 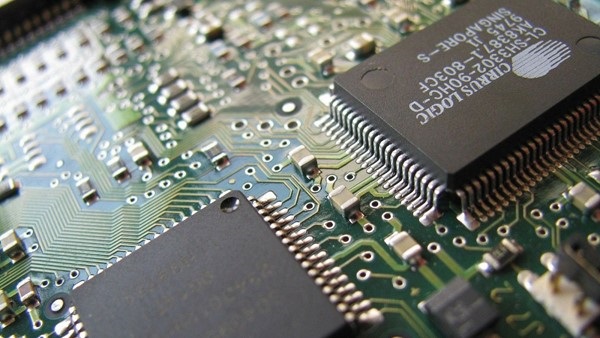 The company makes almost all of the world’s most sophisticated chips, and many of the simpler ones, too. They’re in billions of products with built-in electronics, including iPhones, personal computers and cars—all without any obvious sign they came from TSMC, which does the manufacturing for better-known companies that design them, like Apple Inc. and Qualcomm Inc. QCOM -1.74%

TSMC has emerged over the past several years as the world’s most important semiconductor company, with enormous influence over the global economy. With a market cap of around $550 billion, it ranks as the world’s 11th most valuable company.

Its dominance leaves the world in a vulnerable position, however. As more technologies require chips of mind-boggling complexity, more are coming from this one company, on an island that’s a focal point of tensions between the U.S. and China, which claims Taiwan as its own.

Analysts say it will be difficult for other manufacturers to catch up in an industry that requires hefty capital investments. And TSMC can’t make enough chips to satisfy everyone—a fact that has become even clearer amid a global shortage, adding to the chaos of supply bottlenecks, higher prices for consumers and furloughed workers, especially in the auto industry.

The situation is similar in some ways to the world’s past reliance on Middle Eastern oil, with any instability on the island threatening to echo across industries. Companies in Taiwan, including smaller makers, generated about 65% of global revenues for outsourced chip manufacturing during the first quarter of this year, according to Taiwan-based semiconductor research firm TrendForce. TSMC generated 56% of the global revenues.

TSMC, which is listed on the New York Stock Exchange, reported $17.6 billion in profits last year on revenues of about $45.5 billion.

Its technology is so advanced, Capital Economics said, that it now makes around 92% of the world’s most sophisticated chips, which have transistors that are less than one-thousandth the width of a human hair. Samsung Electronics Co. makes the rest. Most of the roughly 1.4 billion smartphone processors world-wide are made by TSMC.

It makes as much as 60% of the less-sophisticated microcontrollers that car makers need as their vehicles become more automated, according to IHS Markit, a consulting firm.

TSMC said it believes its market share for those microcontrollers is about 35%. Company spokeswoman Nina Kao refuted the idea that the world depends too much on the company, given the many areas of specialization in the world’s semiconductor supply chain.