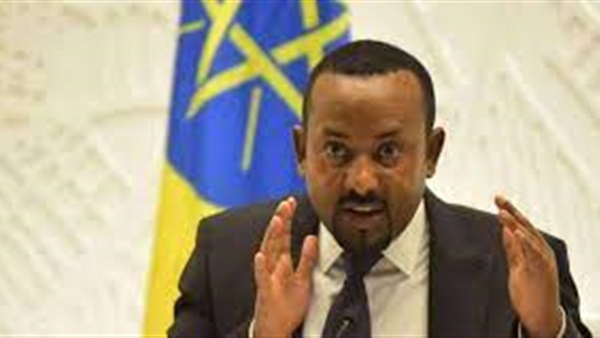 The war, which began on 3 November as the world was focused on the US election, has instead come at a staggering cost. There is no end in sight. Millions of Tigrayans are now in dire need of assistance.

The media has documented federal troops killing unarmed Tigrayans as they tore across Tigray to oust the regional administration run by the Tigray People’s Liberation Front (TPLF), a party that for years dominated Ethiopia’s government. Atrocities reportedly included a clifftop execution of young men in January near Aksum city and an 8 January killing of 160 people in Bora village in southern Tigray.

As for Eritrean soldiers, the Ethiopian Human Rights Commission, a federal institution, said they killed more than 100 civilians in Aksum in November. Reports indicate they also engaged in other massacres, widespread looting and sexual violence; the latter allegation has also been levelled at Ethiopian troops. Reported crimes include gang rape and sexual slavery and forcing men to rape their relatives.

Eritrea denies all allegations. For its part, Ethiopia has endorsed a joint investigation by its human rights commission and the UN.

In December, Tigrayan leaders retreated into rural Tigray and have developed what Abiy admits is a resilient insurgency, which enjoys considerable local support. Other flashpoints in Ethiopia could easily ignite, not least in the country’s largest region, Oromia, where discontent is feeding another insurgency. Many Ethiopians perceive that violent fragmentation of the federation is a growing risk.

The war’s trigger was the attempted forceful takeover by defecting Tigrayan federal military officers and regional paramilitaries of the national military command, initially stationed in the region to confront Eritrea. Tigray’s leaders say that move pre-empted federal military intervention by Addis Ababa following a constitutional standoff between the national and regional governments. The underlying cause, however, is deep-seated disputes over the nature of the Ethiopian state.

Ethiopians disagree over the balance of power between the centre and the regions, and over the role of ethno-linguistic identity groups in politics and the federal system. The TPLF, alongside other ethno-nationalist insurgents, fought in the 1980s against a centralising military regime that it viewed as the latest incarnation of assimilationist administrations.

From 1991, the TPLF-led government created administrative regions based on ethno-linguistic identity, granting them autonomy up to and including the right to secession. In practice, however, a ruling coalition monopolised power by stifling dissent, leading to mass protests from 2015. Against this backdrop, Abiy became prime minister in 2018.

In late 2019, as the ruling parties of all Ethiopia’s regions merged into Abiy’s new Prosperity party, the TPLF rejected the merger. Tigray’s leaders – as well as key politicians representing Oromos – saw the merger as the opening salvo in a bid to dilute self-rule rights. At that stage, Abiy should have brought brooding factions in to talk. Instead, he forged ahead.

After the government extended its term when elections were delayed because of Covid-19, authorities arrested critics of the move and Abiy purged challengers from his cabinet. Citing government repression, the two main Oromo opposition parties have boycotted elections in June this year.

Supporters view Abiy as the man that can steer Ethiopia beyond the ethno-federal system that they argue threatens its survival. But unless his government reaches out to opponents, it will be in danger of following the authoritarian playbook that led to the demise of previous regimes.

By the same logic, rather than trying to vanquish Tigray’s entrenched resistance, which will entail enormous further suffering for Tigrayans, federal authorities should agree to cease hostilities so aid can reach all of the 5 million people in Tigray who need it.

After an initial blockade, humanitarian agencies now are in Tigray, but with conflict raging, access is restricted, and food deliveries are reaching perhaps only around one-fifth of those in need. An Eritrean checkpoint recently blocked a main road for weeks and, with planting season arriving, Eritrean troops are preventing farming activity, having already looted agricultural equipment.

Over the longer term, reforming a contested federation requires compromise. While flawed, the ethnic federalist system was a response to an imperial state’s marginalisation of Ethiopia’s diverse communities that had bred unrest since the 1960s. Yet, opponents of the system are right to complain that it hardens ethnic identity and created vulnerable minorities in each region.

Given these splits, there is no readymade remedy. Tigrayans will not surrender demands for stronger regional autonomy. Many urban Ethiopians, especially those with Amhara ties, want an end to ethnic politics and to a federal structure based on ethnicity. Yet that is anathema to Oromo nationalists who view mobilising around the Oromo identity as a vital tool to overcome what they perceive as a past discrimination. Pragmatism and finding areas of common interest will be key.

While none of this will be easy, the country’s international partners should urge Abiy, a Nobel peace prize laureate, to see his role not as Ethiopia’s single-handed saviour, but as the leader who boldly embraced opponents, allowing a bitterly divided body politic to peacefully forge a new compact based on mutual accommodation. If, on the other hand, Abiy repeats his predecessors’ mistakes of smothering opposing voices, this could spell further catastrophe.