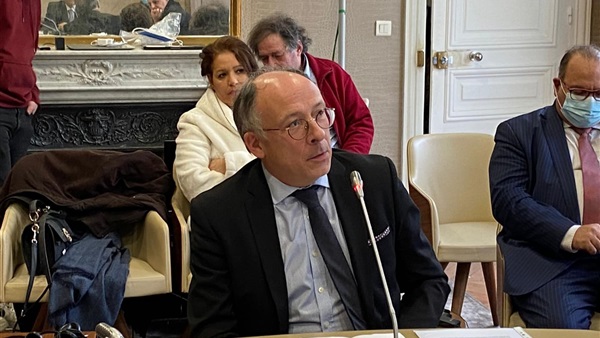 Yves Triard, the French editor-in-chief of Le Figaro questioned the extent to which European democracy legislation could counter Islamism.

In a speech entitled "French law in the face of Islamism", Triard emphasized during the symposium "Human Rights ... Islamists Weapon to Manipulate Democracy", organized by the Center for Middle East Studies in Paris "CEMO", that in the twentieth century, communist democracy faced and overcame it, and achieved what Society wanted him to be fair.

He continued: "My concern today is whether this democracy that France and some Europe and America defend will stand up to Islamism, this is the question that presents itself," explaining that the twenty-first century will be either religious or not, and it is a sentence that has a real reality.

He stressed that if you want to confront Islamism, we must be tyrannical, adding: "There is a face to Islamism that is the warrior, and if we want to confront this, we have to use the emergency law, which is what happened in France."

He stressed that in order to protect ourselves, we have to change our legal system, adding that there is another face which is environmental Islamism, and his problem is how we act in the street, the relationship between individuals and life within a society.

He continued: "Are freedom, justice and brotherhood in line with the struggle against Islamism, because we have moved from the class struggle, and now in the clash of cultures, and we have been able to stand before the first with legislation, but now I am not sure that our legislation is capable of facing the threats of Islamism."

He stressed that the Islamists do not want to live in line, but they want to choose this country between what it lives on and what they want it to be, which is dangerous, and needs exceptional measures, as they use our laws against measures against them.