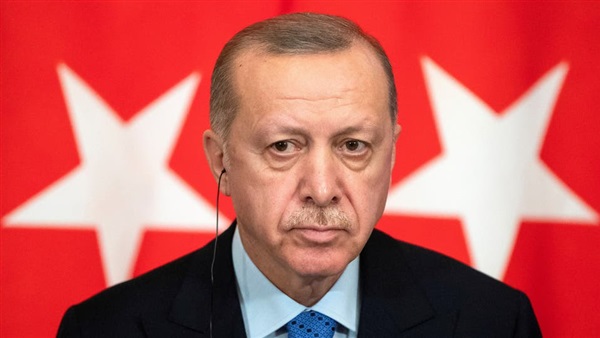 Turkish President Recep Tayyip Erdogan has is being held hostage by redlines drawn him in the past period by influential states in the region.

In Libya, he is incapable of crossing the redline drawn him by Egyptian President Abdel Fattah al-Sisi, namely this of Sirte and al-Jufra.

The Turkish president has also failed in achieving his goals in Syria after Russia reined in his ambitions in this Arab country.

The same thing has happened in the East Mediterranean after French President Emmanuel Macron sent naval units to safeguard the Greek coast.

Erdogan paid dearly for his barbaric actions off the coast of Greece. He had to stop drilling off the Greek coast and withdraw the Turkish drilling ship Oruc Reis. This came after Macron said he would not allow Turkish piracy in the Greek coast.

Macron's threats followed some practical steps, including joint naval drills with the Greek and Cypriot navies in the East Mediterranean. France also sent naval units to the region. It also deployed two fighter jets along with a helicopter carrier.

The deployment of French military equipment is part of a French muscle flexing aiming at deterring Turkey.

France also signed security and military cooperation pacts with Cyprus in August this year. The pacts aim at unifying the two states against Turkish moves in the East Mediterranean.

Paris is also making its military presence more strongly felt in the region by conducting naval drills, within new alliances that are restraining the Turkish president.

Tensions in relations with Greece are the card Erdogan is using to deflect his people's attention from his internal failures, including his failure to address the problems of the Turkish economy.