Erdoğan isolated, entrapped in a vicious cycle of his own making 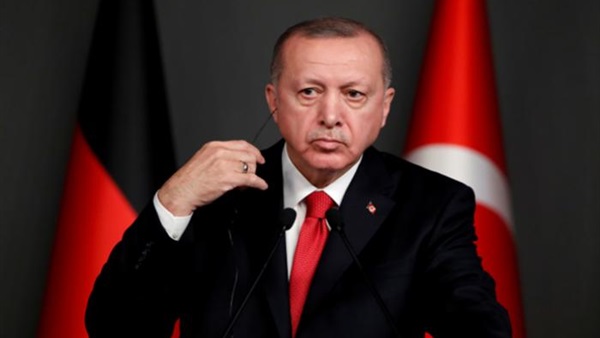 Compelled to justify their behaviour on the basis of universally accepted norms, even revisionist powers profess to uphold international law, regardless of the realities on the ground.

Based on what it claims as truthful in its official remarks, whether it be the remarks of the presidential palace or those of the Ministry of Foreign Affairs, the Turkish government has been, in the words of President Recep Tayyip Erdoğan,  acting “in accordance with international law” and “with legitimate power arising from the international law”, in its efforts to protect “rights, ties and interests emanating from international law”.

In the eyes of the international community however, Erdoğan’s Turkey has been violating the U.N. arms embargo on Libya, while transgressing most of past January’s Berlin Conference on Libya Conclusions.

There are other countries that have also been accused of covertly violating the arms embargo on the oil rich North African country, namely Russia, Egypt, and the UAE. But Erdoğan’s Turkey has been violating this embargo openly, on the basis of the legally contentious MoUs it signed with Fayez al-Sarraj’s Libyan Government of National Accord (GNA) back in 2019. The democratically elected Libyan House of Representatives (HoR), under the presidency of Aguila Saleh, as well as neighbouring countries, such as Egypt, have condemned those Turkey-GNA memoranda of understanding as a violation of the Skhirat Agreement signed by Libyan parties back in 2015.

In the eyes of the international community, Erdoğan’s Turkey has also been “violating international law” in Syria. The European Parliament has condemned “the unilateral Turkish military intervention in northeast Syria” by calling it a “a grave violation of international law” that “is undermining the stability and security of the region as a whole.

The mere fact that Ankara sent thousands of Syrian fighters to Libya as mercenaries, to fight on the side of the GNA, serves as a proof of the extent to which these two fronts – Libya and Syria - can operate as communicating vessels affecting “the region as a whole” under the neo-ottoman banner of an irredentist Turkey.

Turkey has sent to Libya more than 5,000 mostly “inexperienced” and “uneducated” Syrian mercenaries, whose “continued presence will continue to negatively affect the overall security situation” in the country, with increasing reports of theft, sexual assault and misconduct by Syrian mercenaries further degrading the situation and generating backlash from the Libyan public, according to a U.S. Pentagon inspector general’s report released in September.

Erdoğan, however, does not seem to care. On the contrary, he adds fuel to the fire by doing exactly what Europeans and Americans urge him not to.

Only in this way can he then claim that the “the West has never seen Turkey as one of its own” and pass on all of Turkey’s current problems, including the economy and the migrant crisis to “outside forces” historically demonized in Turkey as being responsible for the dissolution of the Ottoman Empire.

Entrapped in a vicious cycle of his own making, Erdoğan prolongs his isolation in the international scene. “I’ll give them reasons to speak out against an imperialist, irredentist, revisionist new Turkey, so that I can then accuse them of speaking out”, seems to be the implicit motto behind many of the Turkish president’s efforts.

“In truth, Erdogan welcomes international condemnation. He draws strength from his constant sparring with domestic and foreign foes […] Erdogan’s culture war casts faith, nationalism, and material progress as part of a zero-sum struggle with his adversaries […] It’s a worldview that resonates with many voters. But it has done little to improve Turkey’s flagging economy, while leaving the country ever more embattled in its relations with its neighbors”, writes Nick Danforth, senior visiting fellow at the German Marshall Fund,in a recent piecefor Foreign Affairs.

Greece’s recent moves can be seen as “provocative” in the eyes of the Islamist/nationalist/neo-ottoman Turkish political establishment. They could be viewed, however, also as a window of opportunity that lays the ground for future negotiations on maritime issues.

Meanwhile, Greece has announced a plan to extend the limit of its territorial waters from 6 to 12 nautical miles. The plan refers only to the Ionian Sea for the time being, leaving the Aegean unaffected at 6 nm.

Greece’s Exclusive Economic Zones (EEZ) delimitation agreement with Egypt on the other hand is “partial,” leaving the area to the south of the Greek Eastern Mediterranean island of Kastellorizo “open” for future negotiations not only with Egypt and Cyprus but also with Turkey. As for the historic agreements signed this summer on the demarcation of EEZ with Italy and Egypt, they both give limited effect to some of the smaller Greek islands, something that would have been probably welcomed by Turkey before the fall of 2019.

In other words, Turkey now has the opportunity to enter into dialogue with Greece on the continental shelf/EEZ issue. But for this to happen, Ankara needs to leave aside claims that infringe upon Greece’s sovereign rights, such as "grey zones" and the demilitarization of Greek islands, and/or further unacceptable Turkish maximalisms, such as the Turkey-GNA maritime delimitation MoU and the claim that large and inhabited Greek islands have no maritime zones beyond their territorial waters of 6 nm.

Moreover, Turkey would have to suspend all its provocations in Cyprus, whether it be within the Cypriot EEZ or in the ghost town of Varosha. Provisions of international law would, of course, favour such a dialogue.

Erdoğan’s Turkey views international law though in an arbitrary way, as something that can be invoked only when it serves the country’s interests and to the extent to which it does.

Turkey is not a signatory to the United Nations Convention on the Law of the Sea(UNCLOS). In fact Turkey is the only EU candidate country that has not signed the UNCLOS.

Why hasn’t it done so? Turkey is “a persistent objector to the rules of UNCLOS regarding the delimitation of maritime zones and the islands having maritime zones etc.”, writes Ulaş Gündüzler in the Ankara Review of European Studies.

As of the July 2016 coup attempt, Erdoğan had also suspended the European Convention on Human Rights, while as of this summer of 2020, Turkey is debating whether it should withdraw or not from the Council of Europe Convention on preventing and combating violence against women and domestic violence.

The European Court of Human Rights (ECHR), whose president, Robert Spano, visited Turkey earlier this week to receive an honorary doctorate from Istanbul University and exchange handshakes with president Erdoğan, has delivered more than 3,645 judgments on Turkey alone since it was established in 1959.

“Turkey refuses to become an United Nations Convention on the Law of the Sea (UNCLOS) signatory, closing off its avenue of legal recourse”, writes Michaël Tanchum, senior follow at the Austrian Institute for European and Security Policy, in a recent piece for Foreign Policy.

But Turkey is not the only country refusing to do so. Israel has not signed the United Nations Convention on the Law of the Sea, while other countries such as the United States and the United Arab Emirates have not ratified it.

While speaking at an open event in Athens back in February of 2020, Burak Özügergin, the Turkish ambassador to Athens, appeared as a matter of fact to take pride in his country’s not signing UNCLOS…

It is in similar fashion that president Erdoğan has also taken pride in contemplating the “borders of his heart” that extend far beyond the actual borders of modern-day Turkey, while stressing the need for the Treaty of Lausanne to be reviewed and updated.

The Turkish civilization is, after all, “a civilization of conquest”. At least this is what president Erdoğan claimedwhile speaking at the graduation ceremony of the National Defence University in Istanbul on Aug. 30.