Amid Covid-19..the Sins of mullahs 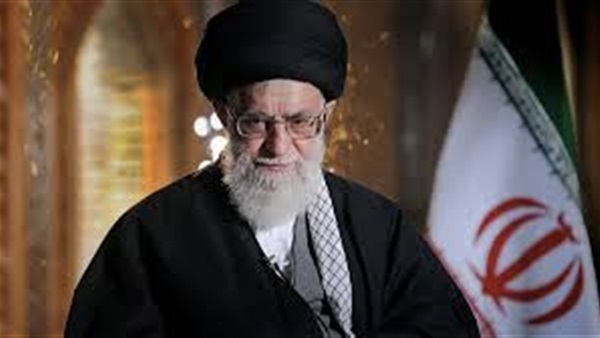 False allegations, lies, misleading, and conflict over the ruling... This is how the mullahs' regime dealt with the new Corona virus "Covid 19", which has been rampant in Iran since March 2020, as the arms of the mullahs represented in the Revolutionary Guards and hard-line conservatives have used the crisis to their advantage, to overthrow President Hassan Rouhani and the current The moderate, in addition to Iran's contribution to the spread of Corona throughout the Middle East, and the approval of the so-called Iranian Islamic Shura Council, to replace the riyal currency with the toman to confront the economic crisis that Iran suffers from.

Therefore, the “reference” Interviewed teacher of Iranian studies at Kafr El-Sheikh University “Masoud Ibrahim Hassan”, to reveal the causes and repercussions of the spread of the Corona epidemic at a tremendous speed throughout Iran until the number of injured people exceeded 50 thousand cases so far, and the reasons for the current conflicts between the wings of the mullahs and the future of the regime after The end of that crisis, and to the text of the dialogue:

What do you think of the Iranian regime's management of the Corona crisis since its outbreak in March 2020?

With the spread of the Corona epidemic in Iran, the ruling regime has shown looseness in dealing with the crisis, and this laxity has caused Iran to become the epicenter of the epidemic in the region, occupying an advanced world ranking in the numbers of injuries and deaths; Where the regime neglected to protect its people from the epidemic when it insisted on holding the legislative elections in February 2020, and pushing citizens to go out to vote, ignoring all warnings of the spread of the epidemic, and this matter was a turning point for the spread of the epidemic tremendously in Iran, especially in light of the existence of a blackout that preceded these elections for a number Infections with the virus, to encourage the people to participate in the elections that were in favor of one stream, the fundamentalist movement.

Corona’s pandemic also showed the failure of the mullahs ’regime to protect its people, and the lack of transparency in dealing with the crisis was the feature of this system that failed to provide precautionary measures to protect citizens. The virus also demonstrated the fragility of the health sector and health services, and Tehran’s inability to bear the consequences of the virus’s spread this was announced by the World Health Organization.

How do you see President Rouhani announcing the reopening of mosques in Iran despite the continuing spread of the virus?

The "Rouhani" decision to open mosques in some Iranian provinces comes to reveal the regime's failure to manage the crisis and the confusion in dealing with the spread of the epidemic, while Iran records more than 6500 deaths from the virus out of 98 thousand cases, we find many decisions to open mosques Shrines and religious shrines, and this may be the cause of the increasing number of injured.

There is no doubt that such a decision carries messages from the regime to the people, and calls them to reassurance, that the Iranian regime has taken control of the situation, and that the epidemic is under control, and these are false messages that may cause a humanitarian catastrophe.

To what extent was the Iranian economy affected by the Corona crisis, especially in light of the US sanctions?

There is no doubt that the economic conditions in Iran before the pandemic were exacerbated and the indicators of the deterioration of the Iranian economy are high as a result of the sanctions imposed by US President Donald Trump, in addition to that a large part of the Iranian national product was spent on Iran's military militias in Yemen, Iraq, Syria and Lebanon, Therefore, after the outbreak of the epidemic, the National Fund for Development, supervised by the Leader, clearly demonstrated the inability of financing the militias affiliated with Iran, so Iran sought out of that crisis to obtain a loan from the International Monetary Fund in the amount of $ 5 billion.

How did the Iranian regime employ the Corona crisis internally and externally?

The Iranian regime has invested in the Corona crisis to achieve popular solidarity, and has endeavored with all its tools to do so; Whereas, the statements of his officials were directed in this direction, which is that the Iranian people are fighting by the Great Satan (United States of America), and indeed the regime succeeded in doing so. Where he managed to calm the Iranian people who revolted against his regime before the appearance of the Corona epidemic due to the deterioration of living and economic conditions.

The system also sought to employ the crisis externally; Where he succeeded in gaining international sympathy, he pushed him to demand the suspension of the American sanctions due to the deterioration of the economic situation as a result of the pandemic, and as a result many international demands appeared to suspend the sanctions due to the humanitarian conditions, and many countries provided humanitarian aid to Iran.

How do you see the Revolutionary Guards announcement about devices to treat the Corona casualties?

The Revolutionary Guards sought to emerge victorious from the Corona crisis, especially after its image was shaken with the killing of "Qassem Soleimani" and its failure to respond to Washington, and the Ukrainian plane accident that showed the ugly face of this organization in front of the Iranian people, so the guards sought to employ this crisis by taking measures that were Its aim is to improve its image, so he built field hospitals and participated with its elements in supporting the medical sector and distributed a lot of aid in poor areas. Recently, he announced the production of an assisted system to detect the Corona virus about 100 meters away.

Has Iran caused the spread of the Corona virus in the countries of the surrounding Middle East?

There is much evidence to confirm this, including that Iran is the first country in the region in which the virus appeared, and spread quickly until it turned into a hotbed of disease in the region, with the system hiding from the real numbers infected and the areas where the virus is spreading, and that the first cases that appeared in each of The United Arab Emirates, Lebanon and Iraq, and Bahrain and Kuwait were not extradited, all for cases coming from Iran.

In addition to the Iranian government’s decision not to stamp the passports of those arriving in and leaving Iran at the time of the spread of the epidemic, which violates international norms and laws, and represents irresponsible behavior by Iran confirming the bad intention of this system, and Iran adds to its record another crime, which is spreading the epidemic in the Arab region.

What is the future of the Iranian regime after the end of the Corona crisis?

The future of the system is vague and mysterious in light of its inability to control the spread of the virus with the continuing deterioration and worsening of the economic situation. In my opinion, the system lost its credibility completely before the spread of the virus, and had it not been for the pandemic, the demonstrations and protests calling for its downfall would have continued. Completely in it and in its decisions, just as the Iranian economy in light of the US sanctions will continue to suffer despite the regime’s attempts to defraud it, and despite all the deterioration of the economy, but Iranian support for military militias abroad continues at the expense of the Iranian people, whom the regime impoverished in favor of its militias, and This is due to the fact that the Iranian project is an expansionist sectarian project abroad that is continuing, even if it is the corpses of the Iranians.