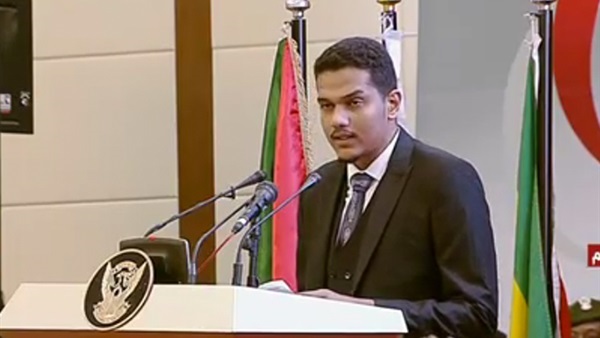 A spokesman for Sudanese Professionals Association, Mohamed Nagy Al-Asam, revealed a plan to be arranged under the supervision of the former governor of Central Darfur, Al-Shertai Jaafar Abdul Hakam, and the leader of armed militias required by the International Criminal Court, Ali Kushayb, to create chaos in the state of Central Darfur.

Al-Asam warned in a press conference on Sunday, January 26, 2020, of the explosion of security conditions in the Garsila locality in the state of Central Darfur, confirming the presence of the former governor Al-Shartai, “Jaafar Abdul Hakam” and “Ali Kushayb,” required by the International Criminal Court in the state, and he mentioned their involvement in chaos.

Ali Kushayb, the leader of the armed militia, is being prosecuted for alleged violations and crimes against humanity in the Darfur region, and demands that the criminal court extradite him.

Al-Asam announced that the counter-revolution was involved in the events of El-Geneina and Port Sudan, calling for a rapid government move to anticipate the security threats that invade it from one region to another, stressing that Sudanese Professionals Association delivered a memorandum to the transitional authority calling on it to move quickly to solve the security crises and stop the counter-revolution, and attacked the governors, stressing They do not cooperate with the pool of professionals.

Observers of Sudanese affairs say that Qatar is financing the counter-revolution in Sudan and is working to spread security chaos in various states to thwart the revolution.

The leader of the Sudanese Umma Party, Fathi Hassan Othman, stated that the National Congress Party led by ousted President Omar al-Bashir would receive support from countries such as Qatar and Turkey to return to the political scene again after he was toppled by a popular revolution in April.

He pointed out that the forces of the revolution in Sudan reject the Brotherhood, so it will continue its mission, and will urge the Transitional Sovereignty Council and Prime Minister Abdullah Hamduk in the coming days to issue such kind of decisions that dry up the sources of political Islam.

He added, that the history of political Islam in Sudan is the same as the history of the Muslim Brotherhood, which appears in several names. They are sometimes (the Islamic Charter), sometimes (the National Islamic Front), then (the Islamic Movement) and (the National Conference), and all of them failed at the end of the matter. The Sudanese people said their last word on it and the concept of political Islam through the December revolution.

He stressed that this terrorist organization deserves a ban because it has entered the region in many unrest, as it supported Sisa in the Central African Republic, the Ugandan Lord's Army, and supported Islamists in Libya, and some organizations outside the government of South Sudan.

The leader of the Sudanese Umma Party warned of what is being circulated by my brothers that Qatar has started financing a new party for the Brotherhood in the country, saying that any endeavor to support the Brotherhood will be rejected and will be mindful of the supporter and the supporter.