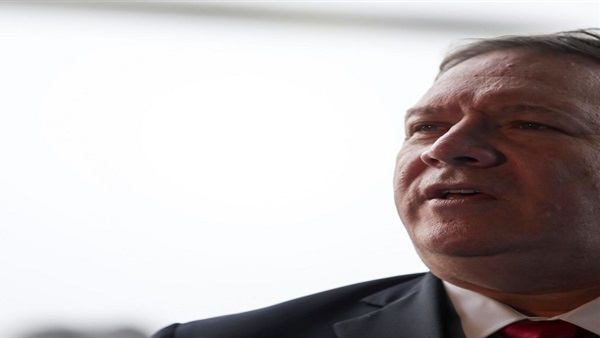 Mike Pompeo is said to have unleashed a foul-mouth tirade at a well known US radio host after she asked him questions about Ukraine in an interview.

Mary Louise Kelly, a respected broadcaster on National Public Radio (NPR), sat down for a pre-arranged interview with the secretary of state on Friday, whose wrath was apparently triggered by a string of questions about Marie Yovanovitch, the former US ambassador to Ukraine. Kelly asked Pompeo whether he owed Yovanovitch an apology for not defending her in the face of a smear campaign orchestrated by Donald Trump’s lawyer Rudy Giuliani and his associates.

Kelly said an aide to Pompeo then abruptly ended the interview, before Pompeo summoned her to his private living room at the state department and began berating her, asking her :“do you think Americans care about Ukraine?”

“He used the F-word in that sentence and many others,” Kelly said, describing a rant in the room where the notoriously thin-skinned former Republican congressman had called her.

Pompeo “shouted at me for about the same amount of time as the interview” Kelly recalled. “He was not happy to have been questioned about Ukraine.” Pompeo is due to travel to Ukraine next week.

In what appeared to be a bizarre attempt to browbeat her, he asked the host of the NPR programme All Things Considered if she could find Ukraine on a map, and when she said she could (she was a foreign correspondent and has covered intelligence and national security) he called for aides to bring a map of the world with no country or place names on it.

Kelly pointed to Ukraine, Pompeo put the map away and said: “People will hear about this”.

That is what happened. Kelly went on NPR after her interview aired, and gave her account of the encounter.

Yovanovitch was removed in May as the Trump camp was trying to put pressure on the Ukraine government to produce compromising material on Joe Biden and his son – the issue at the heart of the impeachment trial underway in the Senate.

Kelly’s questions were particularly topical as a new recording surfaced on Friday in which Giuliani’s associates denigrated Yovanovitch and a voice that appears to the president’s can be heard saying: “Take her out”.

Pompeo told Kelly he had agreed to the interview to talk about Iran. But Kelly pointed out that she had confirmed with his staff that she would ask about both Iran and Ukraine.

“I just don’t have anything else to say about that this morning,” Pompeo said. According to Kelly, he leaned towards her and glared as the interview was wound up.

Most of the interviews Pompeo gives are to conservative or evangelical Christian media or outlets from his home state of Kansas, where the tone of questioning tends towards the reverential and supportive. He has a history of attacking his interviewer when faced with challenging questions, often dismissing those questions as absurd.

In June 2018, when asked whether the statement about denuclearisation signed by Trump and Kim Jong-un at a summit in Singapore would be verified by weapons inspectors, Pompeo became angry telling a reporter: “I find that question insulting and ridiculous and, frankly, ludicrous.”

In the face of further questioning he said: “It’s not productive to do that, to say silly things. It’s just – it’s unhelpful.”

It soon became apparent that the North Korean leader had not made the disarmament pledges Trump and Pompeo had claimed.