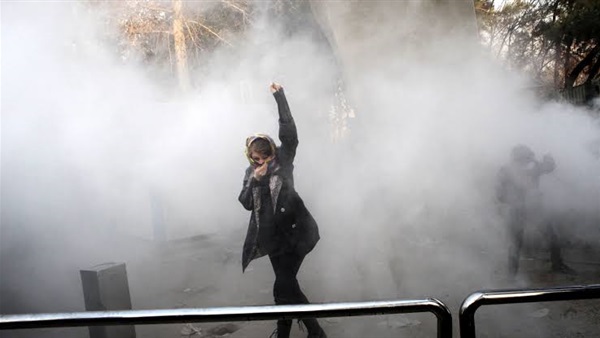 The Iranian regime has confirmed that security forces shot and killed during protests that swept across the country. The regime claims that the country is targeted by some foreign conspiracies.

Leila Vaseghi, governor of Shahr-e Qods, has admitted in videos released by Iranian media that she ordered police to kill protestors "from above."

Commenting on the Iranian official’s statements, Ahmed Kebal, an expert on the Iranian affairs at Al-Ahram Center for Political and Strategic Studies, said that the Iranian the hardline official speaks on behalf of the regime, which wants to look like the defender of Iran’s achievements standing in the face of foreign conspiracies.

“The Iranian official did not do anything unusual in line with the regime’s point of view, which considers the protesters to be thieves and bad people,” Kebal told THE REFERENCE.

“Iran’s regime also kills protesters in addition to using violence against them. In fact, Leila Vaseghi’s statements may strengthen her position as member of the government. However, her statements are s disgrace,” he said.

Researcher Iyad al-Magali, an expert on Iranian affairs, said that Vaseghi is a member of the ruling political authority in Tehran.

“The Iranian government has claimed since the outbreak of the rallies that these protests are riots. The regime has used that as an excuse to persecute the demonstrators.  The demonstrators, who took to the streets protesting against fuel price hikes, want to topple the whole regime,” al-Magali told THE REFERENCE.