Int’l report reveals future of IS in Europe 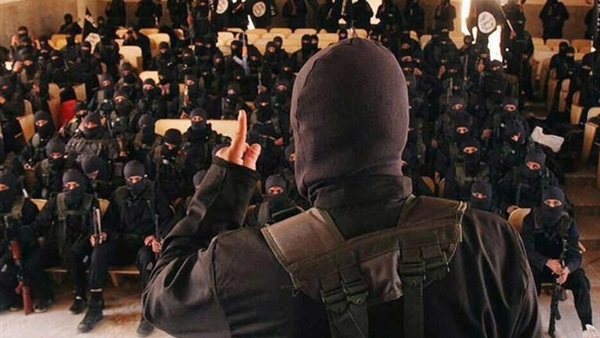 The European Center for Combating Terrorism and Intelligence Studies, based in the Netherlands, on Friday, November 15, 2019, published a report prepared by the Studies and Reports Unit, entitled: “ISIS .. How will its activity in Europe?” which discussed the future of the organization in the continent, and the possibility of terrorist attacks, especially with the return of foreign fighters from Syria and Iraq.

ISIS is the real threat

According to the Center, terrorism remained a major threat to security in EU member states in 2018. Terrorist attacks were carried out in Paris, Liege and Strasbourg, leaving ISIS the actual and current threat, especially after talking about the return of foreign fighters to their countries of origin and the difficulty of controlling their flow.

The report says that the level of terrorist activity of ISIS in Europe has declined, noting that the number of deaths has fallen by 75%, from 827 in 2016 to 204 in 2017, noting that preliminary data for 2018 indicate that this trend will continue.

The Center pointed out that Europe has improved the impact of terrorism, and recorded a significant decrease in the number of deaths caused by terrorism, despite the threat of returnees and cyber extremism, although since then the number of terrorist incidents rose to 282.

According to the report, the decrease in these terrorist attacks in Western Europe indicates that the ability of ISIS to plan and coordinate terrorist attacks on a larger scale has declined, and that increased measures to combat terrorism are effective.

The report pointed out that ISIS relied heavily on security and intelligence in its work more than the military effort, pointing out that the leaks from within the organization revealed that it adopted a military security academy in training some of its members, and gave them long lessons online in the field of intelligence.

The Center stressed in its report that the organization is still a threat despite the defeats it has suffered, pointing out that its intelligence service is one of the secret units that make up the organizational structure, and provided it with all the available resources, and was able to recruit spies and contact large numbers of extremists in various countries over the world.

The future of regulation in Europe

According to a report by the British Independent newspaper, March 24, 2019, the plan of ISIS to direct new terrorist attacks in Europe has been revealed after it lost the last piece in Syria.

The European Center pointed out that specialized observers in the UN Security Council painted a disturbing picture of a global Islamic extremist movement that still poses a major threat despite recent setbacks, due to the large number of foreigners who have traveled to the “caliphate” to fight.

Observers pointed out that the source of international concern in the future in terms of ISIS foreigners stems from the possibility of some of them joining al-Qaeda or other terrorist groups that may emerge, resulting in leaders or extremists.

The report says that the military defeat of ISIS has been accomplished, but this does not mean the defeat of ISIS as a movement and ideology, which can continue in many locations and regions, especially Western Europe.

The center predicts that the decline of ISIS will increase attacks on European territory, although small in the past, as well as the return of more jihadists to Europe, even if the numbers are small.