Isis threatens the security of Afghanistan 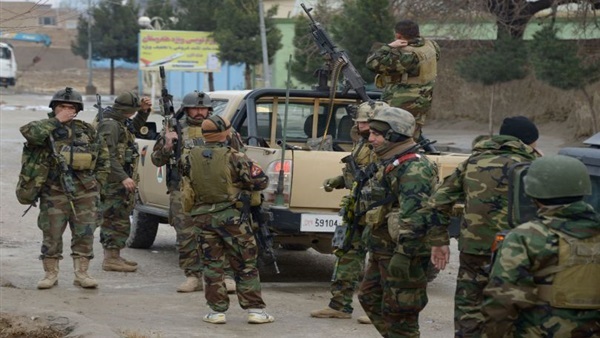 The U.S. is already cutting down the number of troops it has stationed in Afghanistan, according to the commanding officer of NATO’s Resolute Support Mission and US Forces - Afghanistan.

The decrease is not connected to a formal withdrawal order, but instead is occurring as troops wrap up their tours in Afghanistan. Those troops leaving the country are then never replaced, U.S. and Afghan officials told the New York Times.

Officials did not disclose further information, however, the New York Times reports that an Afghan official approved the move.

Miller’s remarks come days after Secretary of Defense Mark Esper told reporters traveling with him to Afghanistan on Saturday that a withdrawal of U.S. troops in Afghanistan would be “conditions based.” However, he said the U.S. believes only 8,600 troops are necessary to keep up current counter-terrorism operations.

“With regard to a withdraw of forces, as we've always said, that it'll be conditions based, but we're confident that we can go down to 8,600 without affecting our [counter-terrorism] operations, if you will,” Esper said.

“​But all that — again, we think a political agreement is always the best way forward with regard to next steps in Afghanistan,” Esper added.

The Afghanistan crisis is of great importance for international peace because its links to many important variables. The spread of terrorist groups in the region, especially Taliban, not only threatens the security of Afghanistan and neighboring countries, but also affects the strategic interests and objectives of other countries, especially the United States.

Since the United States decided to go to war directly with Taliban after the events of September 11 because of the accusation that the movement helped al-Qaeda in carrying out the attacks.

Accordingly, researchers favored Washington's initiative to conclude a peace agreement with Taliban under which US military forces would withdraw from Afghanistan in return for assurances by Taliban that the country would not allow other terrorist groups to attack Washington's interests and other requests directly related to its relationship with al-Qaeda and to end this complex terrorist development.

However, President Donald Trump's announcement that negotiations were stalled just weeks before the Afghan presidential election, which results are not yet announced, gave the scene some stagnation while giving the Afghan government and its competition for power another sense of existence.