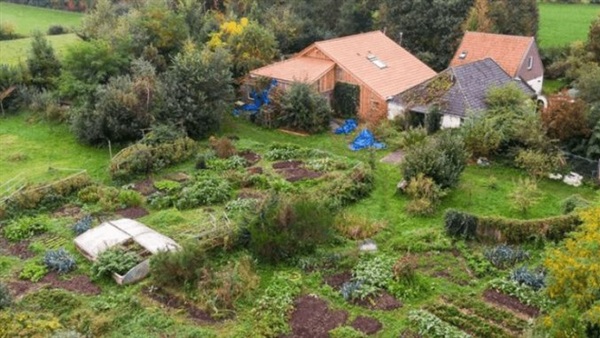 The father of a family that spent nearly a decade living in a secret room in a Dutch farmhouse once belonged to the Rev Sun Myung Moon’s controversial Unification church and was trying to found a cult of his own, Dutch media have reported.

The 67-year-old man, who has not been identified by Dutch police but was named by the movement, often known as the Moonies, as Gerrit-Jan van Dorsten, was arrested on Thursday on suspicion of “depriving people of their liberty, harming the health of others and money laundering”, police said in a statement.

They said they were investigating allegations that a “certain belief in faith” lay behind the case. “We have reason to believe the people did not stay on the premises out of free will,” the statement said. “The situation requires a careful approach whereby attention and care is given to the young adults found.”

The five young people, who have said they are siblings and are believed to be aged between 18 and 25, were discovered in the hidden room with the man they said was their father after a sixth, supposedly the oldest brother, arrived at a local bar in a state of confusion and told the owner they urgently needed help.

The tenant of the farmhouse, a 58-year-old Austrian man identified by the church as Josef Brunner, appeared before an examining magistrate on Thursday on similar charges and was ordered to be detained for two weeks. “We are dealing with an exceptional situation,” the police statement said.

The Universal Peace Federation, as the church now calls itself, was founded in 1954 and is famed for its mass weddings. It said in a statement issued in New York that it was “deeply alarmed to hear of the family being held in inhumane conditions on a farmhouse in the Netherlands”.

It said it could confirm that Van Dorsten “was briefly a member of our movement in the mid-1980s” but had left in 1987. He was “known to have mental health issues” and his brother had not heard from him for over 30 years, it said, adding that there were no records indicating Brunner had ever been associated with the movement.

A local TV station, RTV Drenthe, had earlier reported that the Austrian was a member of the church, which was where the two men had met. The broadcaster also reported that the siblings had been moved from a holiday park where they were taken after other guests had seen them performing cult rituals, such as walking in circles.

Three people who say they are also Van Dorsten’s children have come forward to say they left the family eight years ago and had heard no news of the others since. Neighbours told Dutch media they had assumed he had moved to South Korea, where the movement was founded, or died. He did not attend his mother’s funeral, one said.

Willem Koetsier, a church member in Amsterdam, told the Algemeen Dagblad newspaper that after van Dorsten had left the movement he had gone to Germany where “we lost sight of him”. He said he believed the father “together with someone else” had since started their own cult.

Van Dorsten was was active in the movement in Germany and Austria and later married an Austrian woman, Koetsier told the paper. “I have heard from older members that he was a very spiritual person and set up a group with his family,” he said. “Sometimes people who are spiritual start their own church or movement. I think this is the case with him. It could be that he thought he had a special mission.”

Brunner’s brother said separately that the Austrian had previously been in a cult after leaving military service, although he did not say which group. “He was in a sect,” the brother told the Kronen Zeitung newspaper. “We’ve had no contact with him for 10 years. I told him to get lost when he wanted me to become his financial guarantor.”