Serious meeting between Turkish and Syrian intelligence over Idlib 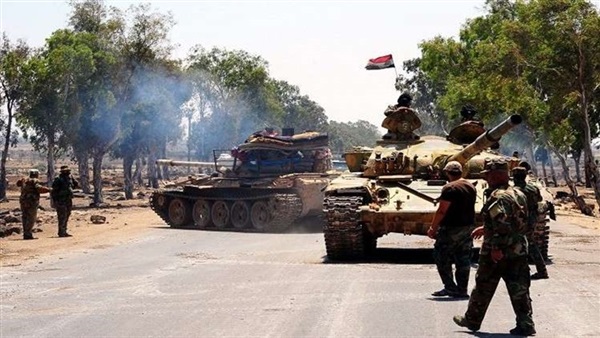 The Turkish and Syrian intelligence services secretly met in Syria, according to Aydinlik newspaper.

The AK Party decision to hide what was published in Aydinlik, on May 22, illustrates the tight spot that Ankara now finds itself in.

The Syrian National Army resumed its operations in Idlib, which was controlled by terrorist organizations supported by Ankara, including Hayat Tahrir al-Sham.

This meeting was to avoid bloodshed in Idlib, which is facing fierce shelling from Russian artillery, according to the latest images leaked in early June.

“The meeting took place in May 2016, and Turkish intelligence officials made at least five visits to Damascus. Adding that there was a need for Turkey to establish channels of exchange with the Syrian regime, and this demand became more urgent after the decline of extremists supported by Ankara in Syria” former Turkish intelligence officials said.

Meanwhile, Aydinlik newspaper reported that one of these meetings was held in Tehran following the visit of Syrian President Bashar al-Assad last February.

In this visit, senior intelligence officers from both countries, including Mohammad Deeb Zeitoun, head of the Syrian General Directorate of Security, met Hakan Fidan.