Houthis in bid to grain legitimacy in Yemen through farcical vote 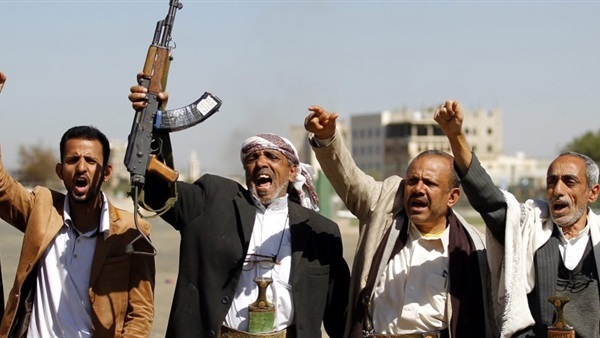 The Iran-aligned Houthi militia has said that it will hold parliamentary elections in a number of constituencies to fill in vacant seats in the Yemeni House of Representatives (parliament).

The elections, it said, would be held on April 16 in 30 constituencies.

Yemeni Information Minister, Muammar al-Eriani warned against holding what the Houthis described as "by-elections" in these 30 constituencies.

He said the elections coincide with a surge in international pressure on the militia to force it to honor its obligations to the Sweden agreements.

This new escalation by the Houthis, al-Eriani said, is indication that it is deviating from the track of peace.

He lashed out at the international community and the United Nations for keeping silent against the Houthi escalation.

The Higher Electoral Commission in Aden rejected, meanwhile, the measures taken by the Houthi-controlled Committee in Sana'a to hold elections to fill in vacant seats in the parliament. It said these measures are unconstitutional.

"Media reports about the elections in Sana'a have nothing to do with the Supreme Committee for Elections and Referendums," the committee said.

It added that it would not recognize the results of the elections or the decisions of the Sana'a committee.

"The presumed elections do not meet the conditions stipulated in Article no. 78 of the elections law," the committee said.

The committee noted that the actions of the Sana'a committee clash with the principles of the constitution and the provisions of the law.

They cause confusion that only serves the interests of the enemies of Yemen and prolong the suffering of its people, the committee said.

The committee said it is made up of Yemeni judges and that it will remain committed to neutrality, independence, professionalism and integrity in the performance of its work.

It called on Yemen's judges not to be dragged into what it described as practices that harm the integrity and the reputation of the nation's judiciary.

"You need to have the courage to express your convictions in accordance with the law," the committee said, addressing the judges.

The committee added that it would work hard to complete its national project, namely the formation of an electronic electoral register.

It said this register would be an introduction to the modern civil registration system and a real guarantee against election fraud.