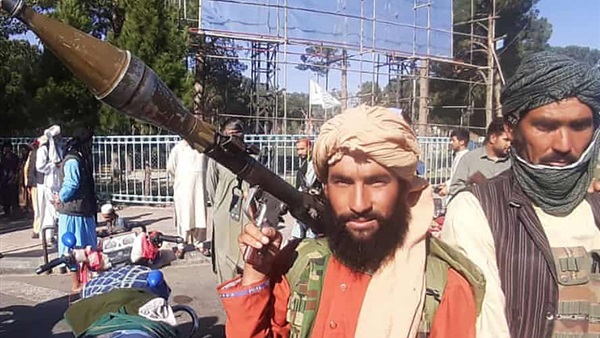 The first direct talks between US officials and the Taliban since the last American troops left Afghanistan wrapped up last night without agreement on releasing billions of dollars in frozen assets that the Islamists have demanded to stave off economic collapse.

Led by David Cohen, the CIA deputy director, the US delegation spent the weekend in talks with senior Taliban officials in the Qatari capital Doha. In a wide-ranging dialogue, the two sides discussed the continuing effort to evacuate remaining US citizens from Afghanistan, as well as women’s rights, counterterrorism and the country’s mounting humanitarian crisis.

The talks were the first between the two sides since US troops withdrew in late August, ending 20 years of war after the Taliban swept into Kabul two weeks earlier. State Department officials have insisted the talks did not indicate US recognition of the Taliban government.

Washington continues to block billions of dollars in frozen Afghan foreign reserves from the new regime, while pressing it to honour its commitments to form an inclusive government and respect women’s rights. One senior Taliban official, who was briefed on the US talks but did not want to be named, told The Times that the regime was frustrated by the American position but would continue to engage with Washington.

“Recognition [as a government] and the frozen assets of the Islamic Emirate of Afghanistan were demanded by the Taliban. The issue has not reached any conclusion. There are deadlocks on the issues from both sides,” he said.

“We need international assistance to run the country and engaging with Washington, which is an important leading country in the world, would pave the way for us to get global recognition by all countries.”

The Taliban delegation was led by Amir Khan Muttaqi, the acting foreign minister, and included Abdul Haq Wasiq, a former militant commander held in Guantanamo Bay for 12 years. Now intelligence chief for the Taliban government, he is suspected of retaining links to al-Qaeda.

The regime is anxious to see foreign aid restored to Afghanistan, as the economy crumbles. Most foreign funding has been shut off since the Taliban seized Kabul, including almost £7 billion in frozen assets, most of it in the US.

Without the aid that has propped up the economy, the country has suffered a worsening crisis. The UN Development Programme is set to take over payment of salaries for healthcare workers halted by the World Bank, but in a statement at the weekend, Muttaqi said his delegation had “highlighted that Afghanistan should be assisted” in a vaccine programme to counter soaring Covid-19 infections. The US has not commented on reports it has agreed to supply vaccines to the government.

The two sides remain wary of each other on the thorny issue of counter-terrorism. Before the Doha talks, the Taliban ruled out co-operation with the US in tackling Isis and other extremist groups operating in the country.

A resurgent Isis has claimed a string of recent attacks in Afghanistan, including the suicide bombing that killed 13 US military personnel and dozens of Afghan civilians during the chaotic evacuation at Kabul airport in August. Another suicide attack on a mosque in the northern city of Kunduz last week left at least 50 minority Shia Muslims dead and dozens injured.

Suhail Shaheen, the Taliban spokesman, insisted they did not need US assistance to combat Isis. “We are able to tackle Daesh independently,” Shaheen said. “Internal Afghan issues can be resolved by our government and we don’t allow any foreign intervention again to fight with groups such as IS. We will fight with them to protect our citizens.”