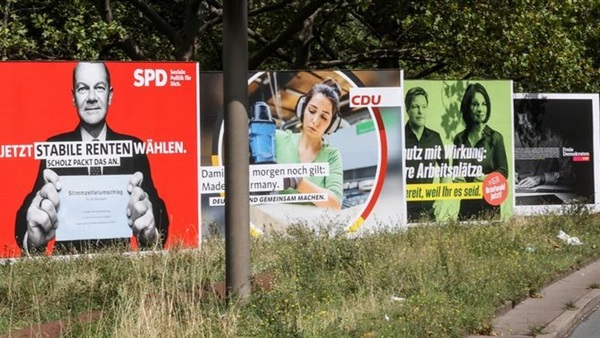 Sentiments hostile to Muslims and refugees have been rising in Germany for some time now.

This happens as some groups incite hate against Muslims and refugees, even as they have become part of the social fabric in this European country.

The Alternative for Germany Party, which represents the far right, used social media platforms in the past years to spread hatred against Muslims and refugees.

This high wave of hostility coincides with the parliamentary elections in Germany.

It aims primarily to intimidate these groups of people and also express rejection of their presence in the German society.

The elections are scheduled for September 26. The party winning parliamentary majority will form the next government in Germany. The parliament will also select a successor to outgoing chancellor, Angela Merkel.

Initial indicators show the Socialist Party making progress in a number of states.

This comes as some initiatives are being launched to educate German voters about the origins of Arab members of the German society.

The same campaigns also ring the alarm over the dangers of the presence of representatives of parties with hostile agendas to those with non-German origins in the parliament.

The Socialist Party contains a large number of members with Arab origins.

The party appointed some of these members in high party positions in several states in the past period.

Nonetheless, the party endorsed Sana Abdi, 34, in the parliamentary elections.

Abdi was born to a German father and a Moroccan mother. She studied law Cologne in western Germany.

The German Left Party and the Greens Party also nominated many Arabs within their lists.

They included the main participants in the parliamentary bloc of the party, such as Amira Muhammad Ali. Ali, 41, has Egyptian roots.

The Greens Party nominated writer and a researcher in Islamic studies, Lamia Kaddour. Born in 1978, Kaddour has Syrian origins.