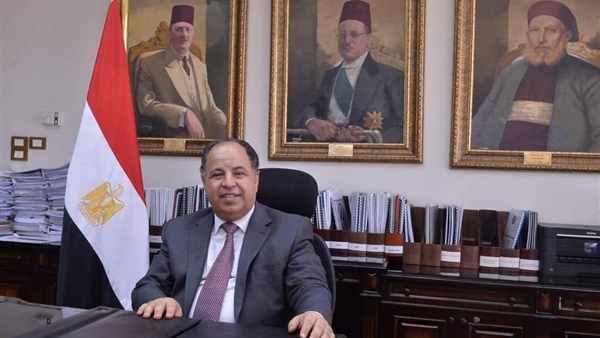 A diligent student who did not leave his class, did not throw his pen and waited for his teacher no matter how absent.

He endorsed the book and traced the trail of the best of minds and excelled in mathematics and arithmetic sciences.

He set the best example for those who wanted to create a great model to be followed by those who seek knowledge.

His dream was to become a university professor. However, with the grace of God, he became Egypt's minister of finance.

This is Mohamed Maeet, the man who makes Egypt's budget and plans its financial future.

His resume is full of past careers and educational qualifications that make him an enigmatic figure.

Before becoming the minister of finance, Maeet obtained a large number of degrees and certificates.

He has an experience of 31 years, a period he spent in numerous places and fields, making him a walking encyclopedia.

Maeet used to set the goal of excellence in front of him.

He said he had never wanted to make an ordinary success.

"I used to have deep respect for time," he said. "I always move with numbers and follow my lessons," he told The Reference in an exclusive interview.

This man did not have time or room for rest. His priorities were always ready and in strict order.

As a school pupil, he entered his classroom and never left it, even if his teachers made themselves absent.

"I was always afraid to go out with my colleagues, lest my teacher would attend and I lose my lesson," Minister Maeet said of himself as a school pupil.

He said his cherished slogan was "Studying is far more important than all other things".

Nonetheless, Maeet was a soccer fan. He used to play the sport with his friends every Thursday.

"I also liked to go out for walks with my friends," he said.

Maeet considers all junior Egyptians his children. As a feel, this gives him makes up for the little time he spends with his actual children at home.

"Everything made in our country at present is being made for the new generation to have a better future," Maeet said.

He said he had never expected to become Egypt's finance minister one day.

"I had never expected to be the minister of finance," he said.

However, when he became a minister, he just realized that some dreams are never possible to realize.

When Maeet graduated from the College of Commerce, he decided to hunt for a job.

He did this because he did not want to keep burdening his family with his needs.

Nevertheless, his job hunt stumbled several times as jobs were making themselves scarce.

Maeet heard the phrase "No, we do not have any vacancies" wherever he went.

"I used to smile and continue my search," he said.

Finally, the secretary in one of the companies asked him to wait to have an interview with a senior official.

When he met the official, he exclaimed that he did not bring in a card from an influential person or had any connections.

The same official returned to him to tell him that the general manager would meet him.

The same official told Maeet that none works in the company without having the necessary connections, either inside the company or outside it.

To Meet's utter job, the general manager admired his qualifications and personality, which was why he decided to give him a job.

"I received the job on the same day," Maeet said. "But this taught me a lesson: never to despair or lose confidence in my abilities or in God."

Like all other Egyptians, Maeet has dreams for Egypt to remain stable and keep moving forward.

He said he also hopes Egyptians would continue to back President Abdel Fattah al-Sisi so that he can complete his mission, namely of rebuilding Egypt and putting it in the van once more.

"Our country keeps providing security for its citizens and solving their problems," the minister of finance said.

"It also brings in all the necessary supplies, develops its roads and improves health services for all citizens," he added.

He said Egypt succeeded in transforming its economy, having risen from near bankruptcy to a state of discipline.

We succeeded, he said, in setting an example for the rest of the world in this regard.

Minister Meet noted that the economy suffered complete recession around seven years ago.

Now, however, everything is changing with the economy rising up and Egypt makes noticeable strides in all fields, he said.

He said before 2014, Egypt suffered a huge budget deficit and was on the verge of collapse.

He added that Egypt now owns the largest solar power plant in the world, and has also succeeded in organizing major sports tournaments.

Minister Maeet praised President Sisi for his wise leadership, describing him as a 'great blessing' and a 'gift from God'.

He said Egypt is now able to secure all its needs, including medicines and all basic commodities, because the needed foreign currencies are available within state coffers.

He added that other countries had little confidence in Egypt's ability to pay for its needs in the past.

These countries, he said, asked for cash, even before they sent Egypt supplies.

"Now, however, there is strong confidence in Egypt," Minister Maeet said.

He added suppliers now send shipments of goods and never ask for the payment, knowing that Egypt is capable of paying.