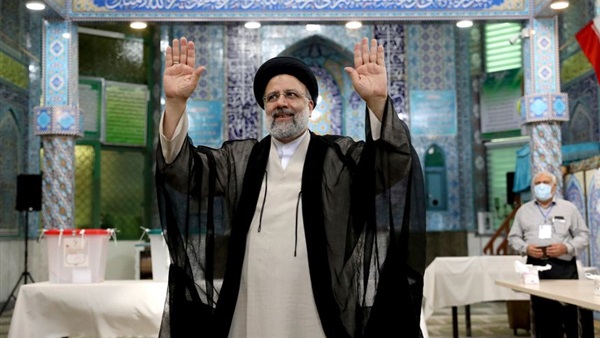 Weekslong Iranian protests over water scarcity present an early test for incoming president Ebrahim Raisi, who takes office next week amid mounting challenges including a grinding economic crisis and stalled nuclear negotiations with the West.

The protests, which began nearly two weeks ago in the oil-rich southwestern province of Khuzestan, center on accusations that the Iranian government is diverting water to drill for oil, service other provinces and drive the area’s ethnic Arabs off the land. Protesters have shouted “We are thirsty,” while some chanted against Supreme Leader Ayatollah Ali Khamenei and the Islamic Republic.

Iran on Tuesday said it had arrested a number of people on its western border. It accused the culprits of smuggling rifles, pistols and grenades to be used in urban riots and “terrorist operations,” according to state television.

At the same time, Iran’s leaders have struck a more conciliatory tone with those involved in the water protests. Mr. Khamenei and President Hassan Rouhani have both recognized Khuzestan’s water-shortage problem, and said Iranians have a legal right to protest.

“It is really painful for us to see that despite the loyal people living in that province, and with all the abundant natural resources in that area, and with all the factories working there, the people have reached a point where they are dissatisfied with the shortage of water and sewage system,” Mr. Khamenei said in a speech Friday.

At least eight protesters have been killed in seven different cities, according to Amnesty International.

State media has confirmed that four people have died, blaming the deaths on “thugs” and “rioters.”

While Iran has seen regular protests over the past half-decade, the current unrest in Khuzestan reflects the depth of challenges awaiting Mr. Raisi as he prepares to take office after his inauguration Aug. 5.

A deep economic crisis has pushed many Iranian families into poverty and diminished their purchasing power by slashing the value of the currency. The economic hardship is worsened by American sanctions imposed by former President Trump after he withdrew from a 2015 international nuclear pact with Iran. Negotiations with the Biden administration to resurrect the deal are at an impasse.

The incoming president also faces regional tensions, especially over the possible revival of the nuclear deal, which Israel and Saudi Arabia have opposed. Iran has in the past two years suffered several devastating attacks on its nuclear facilities, which it blames on Israel. Israel says it doesn’t comment on such allegations.

At home, Mr. Raisi faces a crisis of confidence after winning an election that was widely boycotted by Iranians unhappy about the nation’s governance. A longtime top legal official, Mr. Raisi is mostly known for his heavy-handed approach to political dissent.

Ebrahim Raisi’s election as Iran’s next president will pose new challenges to the Biden administration, as it looks not just to revive the nuclear deal, but to lengthen and strengthen the scope of an agreement. WSJ’s Gerald F. Seib explains. Photo illustration: Emma Scott

Khuzestan’s woes are symptomatic of deeper predicaments facing Iran and the Middle East. The water shortage that sparked the protests is partly due to climate change, drought and sandstorms, but years of government mismanagement has amplified the province’s troubles and undercut livelihoods of its people.

Environmental experts have for decades warned that development projects in Khuzestan were causing environmental harm that would lead to water shortage. The construction of hydroelectric dams and water transfers to neighboring provinces have parched Khuzestan, and irrigation schemes have fed agriculture without supplying the area’s wetlands and wider ecosystem.

The protests in Khuzestan add to simmering unrest across Iran, which has suffered lengthy power cuts this month that the government has blamed on heat.

Oil and petrochemical workers from approximately 100 companies have been on strike for most of July over low wages and insecure employment conditions for those with temporary contracts.

Khuzestan is also home to an ethnic Arab minority and separatist groups. In 2018, gunmen killed 25 people in an attack on a military parade in Khuzestan’s capital Ahvaz. Iran accused Saudi Arabia and the United Arab Emirates of funding the attackers.

In the current unrest over water, activists in the area say authorities have responded with violence and by cutting internet access—a tactic that has become routine. Iranian Foreign Ministry spokesman Saeed Khatibzadeh on Tuesday partly blamed the water shortage on U.S. sanctions, which he said prevented the transfer of technology to Khuzestan’s water sector.