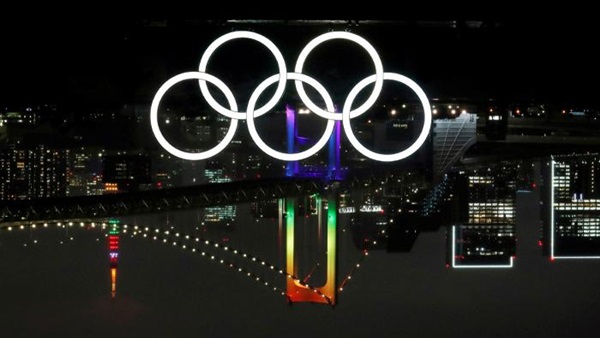 Few hours separate us of the start of the Olympic Games Tokyo 2020, which is scheduled from July 23 to August 8, and Egypt is participating in the largest mission in its history, which includes 134 players from 23 sports federations, including 56 female players:

The beauties of the Pharaohs are seeking to register their names in the records of glory in the Tokyo Olympics, despite the difficulty of the competition, but there are some players who have chances to embrace medals and achieve an achievement in the Olympics.

Egypt's heroines between ambition and dreams, some of them have the experience of participating in the Olympic Games, and some have the first participation to gain experiences that make them able to compete in what is to come.

The Ministry of Youth and Sports, headed by Dr. Ashraf Sobhi, has supported sports federations and the Olympic Committee since 2018, and has not spared anything about the champions. One million pounds, and this is in addition to the periodic support provided to the federations, which includes the annual subsidy, honoring teams, teams, and external participation for the national teams for youth and youth

Al-Bawaba monitors some of the beautiful names of the Pharaohs before the start of the Tokyo 2020 Olympics.

Parliamentarian Hadia Hosni tried, during the recent period, to balance her parliamentary work and her training in the game of “badminton”, which is one of her biggest stars in Egypt and Africa, as she was the first Arab player to participate in the 2008 Beijing Olympics in China.

She is currently working as a teaching assistant in the British University in Egypt faculty of pharmacy. She received her master's degree from the University of Bath in Biological Sciences.

Farida Osman is an Egyptian swimmer raised in Cairo; Osman specializes in the sprint butterfly and freestyle events. She started her swimming career at the age of five alongside her brother, Ahmed, and she made her first Egyptian Olympic team by the age of 17.

She was initially told she had been put on a waiting list, but just days before the 2012 Olympic Games she received her invitation. Osman is seen as a symbol of hope to media outlets not only for the low representation of Arab women that compete in the Olympics, but because in the entire history of the Olympic Games only five African women have won a medal in swimming.

Osman got her second Olympic berth as she competed for Egypt in Rio De Janeiro. Osman competed in 50 freestyle and 100 butterflies. She placed 18th in the 50 freestyle and made the semi-finals in the 100 butterfly where she finished 5th in her heat and 12th overall with a time of 58.26. That time was also a new African Record.

Hana Gouda, a player from the table tennis team, will participate in the Tokyo Summer Olympics, which will be held from July 23 to August 8.

At just 13 years old, Gouda is the youngest Egyptian player to participate in the history of the Olympics.

However, Gouda’s participation in the official competitions is not certain, as she is restricted to the list as a reserve player.

Gouda, a player from Al-Ahly table tennis team, succeeded in achieving first place and the gold medal in the competitions of the Slovenia International Junior Championship, last week, to complete the player’s series of successes.

Gouda entered an international camp for juniors in Slovenia a week before the start of the tournament.

The Egyptian Table Tennis Federation, headed by Moataz Ashour, chose the list of players to participate in the Olympic Games to be held in Tokyo.

Four male athletes have been selected including Ahmed Saleh and Mohammed al-Baily and the two brothers Omar Aser and Khaled Aser.

Amid the announcement, Gouda posted on her Facebook page: “Keep chasing your dream, step by step. 2015 was the first international tournament where I participated in Sweden and the first picture I took. After I came back, my mum (hung) my picture with the Olympic sign on it and put it in front of me from that day so that I always remember my dream.”

She added: “In 2021, I received the ticket to participate in the Tokyo 2020 Olympics. A great joy, the youngest Egyptian player to participate in Egypt’s Olympic mission since its beginning until now. The first step in a long road that needs exercise, fatigue, determination and insistence for years to achieve my dream…God willing, I will be responsible and achieve the dream.”

Hedaya will become the first Egyptian woman to carry the country’s flag at the Olympics.

This edition also marks the first time two athletes carry Egypt’s flag, with the country’s delegation being the largest in its history. The delegation will include 134 athletes in 27 sports.

Egypt's Giana Farouk is determined to grasp her chance by both hands as karate makes its debut at the Olympic Games.

The Karate Queen, as the World Karate Federation (WKF) often describes her, is aiming big in Tokyo after a series of achievements on the international level. Karate is one of five new sports that were added to the Games this year.

Farouk, who started practicing karate at the age of six, is one of the top contenders for an Olympic medal. A two-time world champion, she has every reason to believe she can go all the way.

Farouk collected 17 gold medals in her illustrious career, starting with the 2011 Junior World Championship and the 2012 Youth Cup.

She is now a favourite to add a new medal to her remarkable haul that includes 17 gold medals, four bronze and six silver.

Mayar Sherif an Egyptian tennis player. She is the younger sister of Rana Sherif Ahmed.

She has career-high WTA rankings of 114 in singles, reached on 22 February 2021, as well as 189 in doubles, set on 9 November 2020. Sherif has won nine singles titles and six doubles titles on the ITF Women's Circuit. Playing for Egypt in Fed Cup, she has a win/loss record of 14–10.

Sherif spent her final two years of college at Pepperdine University in Malibu, California, graduating in 2018 with a bachelor of science in sports medicine. She was part of the university's tennis team and was an All-American in both 2017 and 2018, and the West Coast Conference Player of the Year in 2018. She made the semifinals of the 2018 NCAA singles tournament and ended her senior season ranked 11th in the nation in singles.

Habiba began gymnastics as a hobby at the age of 3 and joined the Egyptian junior group at the age of 14 to compete in the 2016 African Rhythmic Gymnastics Championship where she won the all-around silver medal.[

In December 2019, she participated in Croatia International Rhythmic Gymnastics Championship and won silver medal in ball and 2 bronze medals in hoop and clubs and finished 4th at the championship as a whole.

Samar Hamza an Egyptian freestyle wrestler. She competed in the women's freestyle 75 kg event at the 2016 Summer Olympics, in which she was eliminated in the round of 32 by Ekaterina Bukina.

In 2021, she won the silver medal in the 76 kg event at the Matteo Pellicone Ranking Series 2021 held in Rome, Italy. She qualified at the 2021 African & Oceania Wrestling Olympic Qualification Tournament to represent Egypt at the 2020 Summer Olympics in Tokyo, Japan.