DNB, US trained force for the fight against terrorism in Somalia 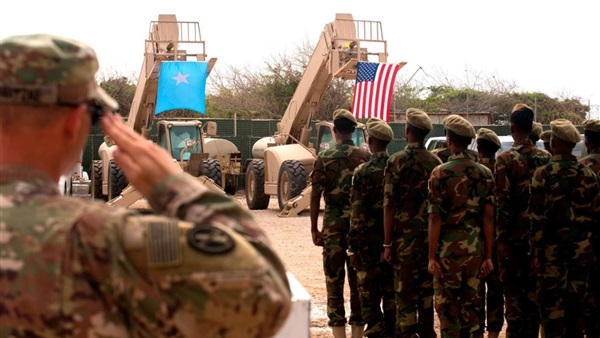 DNB is one of the best Somali army divisions. It was established in 2014 to enjoy broad US support in all fields with the aim of defeating terrorism. It is now under the command of the Somali counter-terrorism force.

DNB has carried out many qualitative operations to strike terrorist organizations in Somalia, such as ISIS and the al-Qaeda-linked al-Shabaab terrorist movement.

It is a special combat force of the Somali army. It received extensive training at the hands of American soldiers stationed in the northern part of Somali capital, Mogadishu.

In September 2020, the US warned Somali President, Mohamed Abdullahi Farmaajo, that corruption and nepotism threaten security reform in his country.

The US has suspended the salaries of members of the Somali Special Forces, DNP, this month, according to the independent Somali news website Asima Online.

It referred to "confirmed" and "reliable information" that indicates that the US did not pay the due salaries of the members of the DNB force.

It added that the move came in protest against the detention and arrest of the commander of the forces, Col. Ismail Abdul Malik Malin.

There is concern, meanwhile, that this move can cause decline in the capabilities of the force.

American support in terms of training, advice and assistance, had the greatest merit in enabling Special Operations Forces in Somalia to prevent the country from falling into a cycle of complete collapse.

In October 2020, Malin was sacked after being detained for a period for political reasons.

Maj. Ahmed Abdullah Nour was appointed as the new commander of the force.