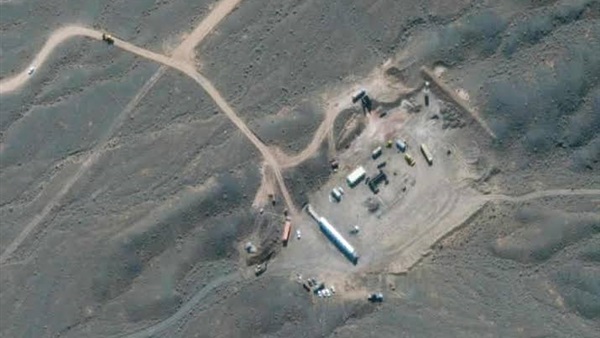 Iranian nuclear facilities are the target of mysterious strikes, the latest of which was on June 23 last year.

The strike in this case happened in a nuclear facility in Karaj, a suburb of Iranian capital Tehran.

Although the Revolutionary Guard Corpse said the attack had been thwarted, satellite images showed the extent of the damage that happened in the center.

The Iranian government conceded this damage on July 6.

It added that sabotage operations against the nuclear facilities will not have an impact on Iran's nuclear activities.

The government noted that Iran's nuclear capabilities had had risen in the wake of every act of sabotage against them.

Meanwhile, the Iranian Internal Security Forces announced on Tuesday the dismantling of what they considered a terrorist cell in the southern part of Iran.

The cell, they added, planned to carry out operations inside Iran with the aim of striking public security.

We succeeded in foiling this conspiracy thanks to close monitoring and intelligence control operations, the Security Forces said.

They added that they also succeeded in arresting the members of the cell in southern Iran.

It became clear that this cell belongs to a terrorist group located outside the country, the security forces said.

The results of an investigation into the activities of the cell will be announced soon, they added.

This, it said, had negatively affected Iran's electricity production and caused an electricity outage in many areas.