As the Taliban surge back, anyone who can is leaving Afghanistan 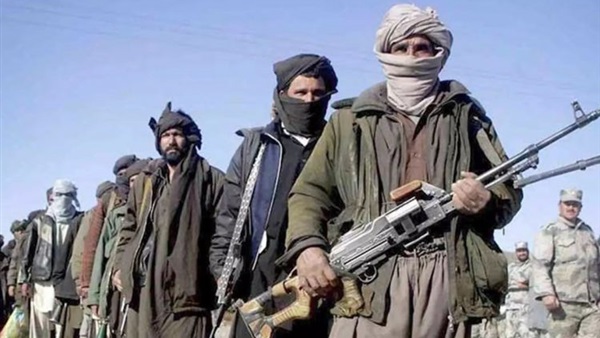 The WhatsApp messages come night and day, including one just as England scored the goal taking the team to tonight’s final. “So sorry to disturb, but please help me and my family ...”

A midwife whose maternity hospital was attacked last year and mothers and babies slaughtered; the son of a female judge who was shot dead; a female MP; a radio presenter in Jalalabad; one of the country’s first rappers — all the people who I have got to know in 33 years of writing about a country where I started my career and that has been as much a part of my life as my own.

I wrote about them because they were trying to make a difference but now the very act of trying to make their country a better place has singled them out as targets.

They send letters of testimony, often from foreigners; I contact embassies knowing it will go nowhere.

Anyone who can is leaving. At the second-hand market in Kabul the pavement is full of carpets, kitchenware and gilded birdcages — families selling all their worldly goods to raise money to flee.

As the Taliban have swept through the western province of Herat and into the north, the one part of the country they never controlled, Afghan troops have fled or tactically withdrawn. Panic has set in.

Seeing the warlords of old re-arming to take them on is hardly reassuring when many blame them for the country descending into war and paving the way for the Taliban to take over in the 1990s.

Amid the precipitous withdrawal of foreign troops, the Afghan government has been silent and seems to have no plan, as if it somehow thought the US would change its mind about leaving.

On Thursday President Biden defended what appears to be the abandonment of 40 million people and denied that a Taliban takeover is inevitable. But his talk of superior numbers of the Afghan security forces and “over-the-horizon capability” comforts no one.

“The fact they are only really interested in safeguarding the airport speaks volumes,” said a senior Afghan government official. There was fury when the Americans left Bagram airbase without warning last week and put electricity on a timer to go off 20 minutes after the last plane took off.

“There is a real sense of foreboding,” says Kate Clark, director of the Afghanistan Analysts Network, which has monitored the fall of more than a third of districts to the Taliban since May.

By today the Taliban were claiming to control 85 per cent of the country, including key border crossings with Iran and Turkmenistan, though they had yet to capture any significant towns.

Meanwhile, 1,300 miles away in Doha, dozens of Taliban and Afghan government representatives staying in the five-star Ritz Carlton Hotel and Spa are supposed to be trying to find a peaceful solution to 40 years of war.

The talks which started last September, following a deal on the troop withdrawal between the Taliban and the Trump administration, are meant to come up with a peace accord, whereby the insurgents lay down arms and participate instead in a redesigned political system.

Biden last week repeatedly put the onus for what happens next on “the Afghan people” and the government in Kabul, which he urged to “come together” and to find a way to share power with the Taliban. But with the Taliban gaining more and more territory on the ground, those tasked with negotiating peace say the whole thing has turned into a farce.

“We see no urgency among the Taliban,” said senior negotiator Nader Nadery, a former human rights activist who also chairs the civil service commission. “They just want to kill time and keep this process half-alive as a lever to gain international legitimacy but they are not serious.”

The Taliban insist they are committed to a peace deal but did not turn up for a second round of peace talks in January then refused to go to Turkey for UN-sponsored talks in the spring. Since negotiations resumed in Doha last month they rarely turn up for meetings.

“Meetings which are supposed to happen every other day now often don’t happen for days and then they refuse to talk about real issues,” said Nadery.

A peace settlement presented by the Afghan government last weekend has yet to be discussed.

Nadery blames America for not using the leverage from having troops on the ground to get more concessions from the Taliban.

“The US gave so much and the Taliban gave nothing back and didn’t give us time to prepare to not end up in this situation where we’ve had to withdraw troops from remote areas where they couldn’t be resupplied, so there is a snowball effect.”

His interactions and events over the past year suggest that the group has not changed from the Taliban of old, which banned women from working and girls from going to school.

He points out that when they took over districts of the northern province of Takhar last week, women fled as warnings came over loudspeakers for them to stay at home, while in Baghlan they set fire to the vocational training centre. “What sort of message does that give?” he asked.

The Taliban announced last week that they would soon present a peace deal of their own. “We believe a durable peace can only be brought through a negotiated settlement,” said Suhail Shaheen, the group’s political spokesman.

Nadery is doubtful. “We are pressing every day for meetings and they don’t come,” he said. “At the same time we watch what’s happening on the ground back home and on their videos encouraging their fighters to go for victory and it makes a nonsense [of talks] but it’s the only window of opportunity we have to avoid the country sliding back into war so [we] have to keep trying.

“The situation is urgent — every day more lives are lost — and these talks are the only hope but my fear is the Taliban keep these talks as a kind of cover to say we’re still here.”

Nadery lost three close members of his own family in Taliban attacks over the past year.

Like many Afghans, he fears a repeat of what happened after the Soviet withdrawal in 1989 when the country descended into civil war, different factions backed by neighbouring countries such as Pakistan, Russia, Iran and China that have long interfered.

Clark, who has been involved with Afghanistan for more than 20 years, believes the Taliban have not been talking and fighting but “talking to fight”.

“Every Afghan we talk to says they want peace but this peace process is a mirage, a fantasy football way of dealing with Afghanistan that has been too little too late and is being overrun by events on the ground.”