Brotherhood faces international rejection after closing its platforms in Turkey 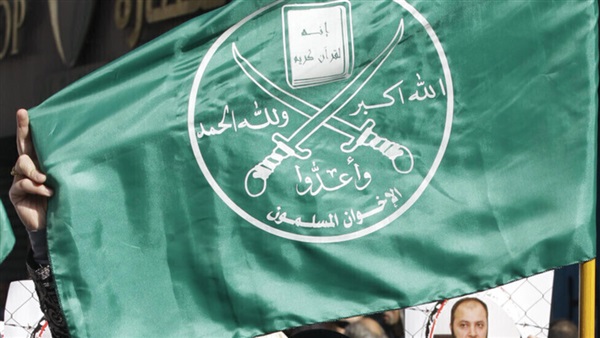 In light of the recent diplomatic communications between Egypt and Turkey about the latter’s desire for political rapprochement with Cairo after years of dispute, social media outlets affiliated with the international Brotherhood raged with news about the disintegration of the Ankara branch and the disruption of its organizational agendas.

International rejection of the Brotherhood

The Brotherhood’s decisions in Turkey coincide with the announcement by the government of Recep Tayyip Erdogan of its desire to improve relations with Egypt, including stopping interference in the affairs of the Egyptian state through the group’s satellite channels, which are broadcast from Ankara, such as Mekameleen, El Sharq and others.

In this context, the head of the Arab Center for Political and Strategic Studies, Mohamed Sadiq Ismail, said in a statement to the Reference that the efforts that Egypt implemented during the recent period in response to Ankara’s desire to restore relations with Cairo required looking into the file of the Brotherhood’s presence in Turkey, whether with regard to the media presence through platforms left to the group’s elements to attack Cairo or the political presence on the ground to spread their ideas and political orientations.

Ismail believes that part of the Egyptian-Turkish consultations depended on the issue of not interfering in Egyptian affairs at all, in addition to the extradition of wanted security leaders of the Brotherhood to Egypt, against whom court rulings had been issued, in addition to the closure of media outlets calling for the demolition of the pillars of the Egyptian state.

He views the above vocabulary as preludes to the decision to end the status of the Brotherhood in Turkey and not enjoying the same privileges as before, which is prompting the organization’s leaders to search for a new shelter for their activities.

Ismail argued that the group's new safe haven is likely to be in Europe or South America, or heading east to Indonesia or Malaysia, but he believes that the Turkish side must confront the Brotherhood's practices on its soil sharply because these practices negatively affected relations due to spreading chaos and spreading rumors to destabilize the Egyptian state.

He believes that dissolving the group through Turkey’s refusal to host Brotherhood leaders on its soil while restricting the group’s media channels is a major blow to the group, affecting the organization’s strength and its international acceptance, as well as weakening its influence on the ground.

As for the Turkish election and its relationship to the current decisions, and whether the Turkish presidential election will result in a president other than Erdogan, Ismail believes that the decisions to overthrow the group from Ankara will be completed and perhaps in a more violent way that completely threatens its existence.

Administrative confusion and decline of strength

On the other hand, some visions push towards the existence of administrative confusion within the group’s branch in Turkey and sharp differences between Mounir and other leaders due to their disagreements on the way he manages, which means that the office’s dissolution involves internal differences in which Mounir wants to overthrow some elements that do not support him.

In a report on March 26, Sky News indicated sharp differences between Mounir and the internal committee that includes Mahmoud Hussein, the former secretary-general of the organization, and that the differences are escalating towards administrative decisions to dissolve the office.

Whatever the actual reasons for Mounir’s recent decision to dissolve the administrative office, the motivating factors come together to reduce the size of the Brotherhood bloc at the international level, weaken its influence, and deepen the internal division more.