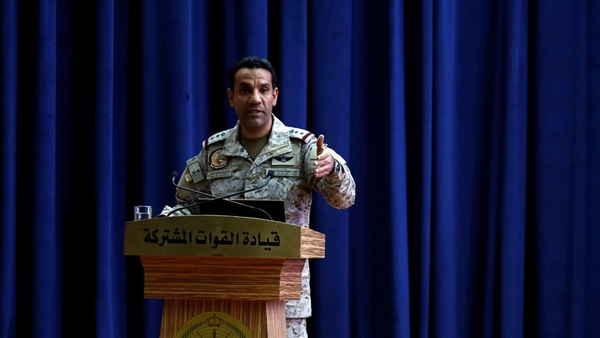 The forces of the Arab Coalition succeeded in repelling attacks launched recently by the Iran-backed Houthi militia against civilian targets in southern Saudi Arabia.

The coalition also dealt a painful blow to the militia.

It said it had intercepted and destroyed 11 explosive drones launched by the militia.

The coalition added that it succeeded in sabotaging all attacks by the Houthis and destroying the equipment used in those attacks.

The Houthis claimed, meanwhile, responsibility for the bombing of the King Khalid Air Base in the southwestern part of Saudi Arabia.

Militia Spokesman, Yahya Saree', said his militia had carried out an offensive against the base, using a drone.

Attacks by the Houthis on civilian targets and areas drew Arab and international condemnation.

On Sunday, Egypt denounced the Houthis, especially their attacks against civilian areas in southern Saudi Arabia.

Cairo reiterated its firm support of Riyadh and the measures it is taking to protect itself against Houthi attacks.

Those attacks, it said, are a violation of international law and a threat to peace and security in the region.

Units of the Yemeni army and the Popular Resistance Forces ambushed some militiamen in the northwestern part of Ma'rib province, causing heavy human and material casualties to them.

The Yemeni News Agency quoted a military source as saying that the army had besieged a group of militia members and clashed with them, using light and medium weapons.

Most of the members of the group were either killed or injured, the source said.