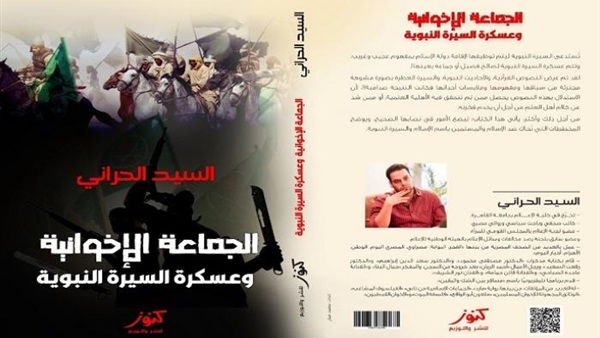 Terrorist groups abused religion and religious feelings to serve their own political interests, especially in Egypt where religion plays an important role in people's life.

Many sources have exposed the falsity of the Brotherhood's interpretations, and their strategy in indirectly broadcasting their toxic politics and ideas.

A new book by journalist and political researcher al-Sayed al-Harani has recently been published, entitled "The Brotherhood and the Militarization of the Prophet's Biography".

The book recounts the games played by Islamist movements, including the Muslim Brotherhood.

In his book, the writer focuses on the attempts of the group's leaders who deliberately cite the Prophet's biography in the wrong context to justify the establishment of an Islamic caliphate state.

The book contains 25 chapters, in which the writer explains the extent to which Islamist groups, especially the Muslim Brotherhood, deceive twist verses of the holy Quran and the sayings of Prophet Muhammad to serve its own goals.

The writer stresses that the inference of religious texts comes from incompetent people who have not achieved the scientific qualification.

The book puts things in perspective to clarify the plans hatched against Islam and Muslims in the name of Islam and the Prophet's biography.

The writer reveals new secrets about the emergence of the historical relationship between Saleh Sariya, who carried out the failed coup attempt against the regime of the late Egyptian president Anwar Sadat, and Muslim Brotherhood founder, Hassan al-Banna.

He presents proof of a letter and documents explaining the dimensions of this relationship.