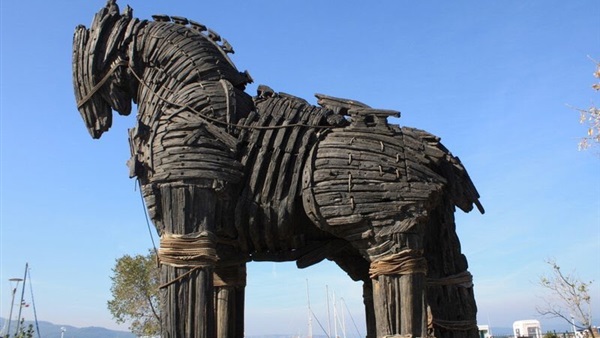 The holy shrines project was a tool that Tehran planned to invade Egypt culturally, seeking to disrupt its social fabric, similar to what it has done in Syria, Iraq, Yemen, Lebanon and other countries afflicted by Iranian interference.

The Iranian regime took advantage of the Brotherhood’s rule, which extended from mid-2012 to mid-2013, to consolidate its presence in Egypt, cultivate its cells, and frame its work to bring together many groups within its new incubators.

It sought to do this by aiming to launch a project under the name of Reviving the Path of the Aal al-Bayt and the Holy Shrines in Egypt, and the plan included attracting many businessmen and members of the Ahl al-Bayt unions to reopen this file, which was to cost a lot of money, but was aimed at attracting more than 10 million Shiite visitors to Egypt annually.

Shiite leader Muhammad al-Darini, a member of the Aal al-Bayt Union, adopted this project and actually sought to form a board of directors comprising 100 economic and tourism figures and representatives of the Ashraf Syndicate and politicians to revive the project of the path of the Ahl al-Bayt and the holy shrines of the Twelver Shiite sect. Coordination was made with more than 40 tourism companies to activate tourism and distribute religious tourism quotas.

An invitation to participate in the board of directors was also extended to a number of politicians and party members. Some of the members of the so-called board of directors for the neighborhoods of the path of Aal al-Bayt and the Holy Shrines announced that the expected cost of the project was $3 trillion over several stages, with the cost of each stage exceeding $100 billion.

It was announced that nearly $300 billion would be available from the total general cost of this project, and the project included the establishment of new urban communities and transmission lines. The project was planned to include Egypt as a first step, as a starting point to link a number of African countries to the Iranian project, especially since the supposed path of the Aal al-Bayt extends 65,000 kilometers within the African continent itself and extends to the Spanish border.

Iranian arms and agents promoted the project as it would represent a locomotive for reviving the Egyptian economy, and the Chamber of Tourism and companies were invited to participate in the formation of the project’s board of directors.

The path of the Aal al-Bayt and Holy Shrines includes the shrines of the prophetic family that are widely spread throughout Cairo, which the Shiites consider a symbol of their sect, such as the tombs of Sayyida Zeinab, Sayyidna al-Hussein, Sayyida Nafisa and al-Rifai in Cairo, as well as the mausoleum of Al-Sayyid al-Badawi in Tanta, Abu al-Abbas al-Morsi in Alexandria, Ibrahim el-Desouki in Kafr El-Sheikh. and Ahmed el-Qenawy in Qena.

But the most important Shiite shrine is the tomb of Malik bin al-Ashtar, commander of the armies of Ali bin Abi Talib, may God be pleased with him, whose tomb is located in the village of Al-Qalaj near the town of Al-Khanka in Qalyubia Governorate.

Most of the visitors to the shrine of Malik bin al-Ashtar are Arabs and foreigners, as his fame is limited among Egyptians, who therefore call him Sheikh al-Ajami. Other unpopular tombs are scattered throughout Egypt’s governorates. In Aswan alone there are more than ten shrines whose owners belong to the Aal al-Bayt, where red and green flags flutter over them. There are three shrines devoted to Sayyida Zeinab, and of course not all these places were spared from the Shiite scheme that fell with the fall of the Brotherhood’s rule, and no list was established for it after that.