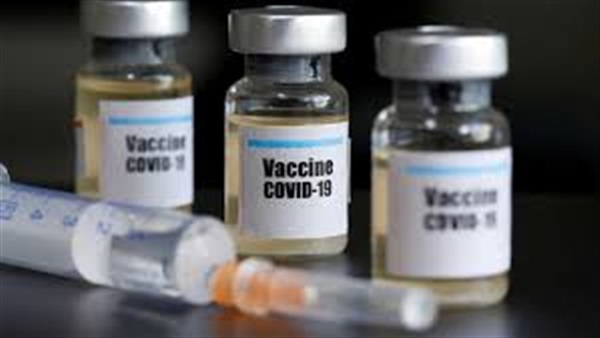 The direct order issued by Iranian Supreme Leader Ali Khamenei banning the import of the corona vaccine from the United States and Britain has sparked a wave of anger and criticism against the mullah regime at a time when Iran's leaders travel for treatment abroad.

Khamenei's statements about banning Western vaccines have won the support of Iranian militants, while causing a great shock within the Iranian medical community. The ban on importing American and British vaccines comes at a time when Iran is the country most affected by the pandemic in the Middle East, with more than 56,000 deaths and 1.2 million infections, according to official figures.

The regime’s policy was also exposed, as a report by the opposition website IranWire monitored Iran's leaders traveling abroad for treatment, while the Iranian people are dying thanks to opposition to the corona vaccine by Iran’s Supreme Leader.

Among the most prominent Iranian leaders who received treatment abroad was Ayatollah Mahmoud Hashemi Shahroudi, former head of the judiciary, who reportedly took a medical trip to Germany.

Shahroudi traveled to Hanover in January 2017 after his "traditional and Islamic" treatment failed, and he was admitted to a specialized brain clinic in the city, but due to growing criticism of his presence in Germany, he was forced to abandon his treatment and return to Iran, where he died in December 2018.

Another Iranian leader is Ayatollah Mohammad-Ali Mousavi Jazayeri, the previous Friday imam for Ahvaz, who was reported to have gone on a medical trip to London in February 2017.

Following this news, the head of media affairs at the office of the Friday imam in Ahvaz claimed that Jazayeri traveled to London on a religious mission to offer lessons to expatriates.

The memoirs of Hashemi Rafsanjani also refer to other cases of medical trips by clerics and officials' relatives in Iran to Western countries.

Rafsanjani mentioned in his memoirs that the family of Ayatollah Mohammad Ali Araki insisted on sending the cleric abroad to continue his treatment. He passed away in December 1994.

He mentioned that Ayatollah Ahmed Azari Qomi requested funds in December 1985 for prostate treatment in London.

Rafsanjani also referred to the visit of Mohammad Reza Mahdavi Kani, an Iranian religious and political scholar who took over the leadership of the Assembly of Experts from March 8, 2011 until his death, had traveled on a medical trip to London.

Militants in Iran are opposed to the use of Western vaccines, particularly American-made. In December 2020, the Revolutionary Guards (IRGC) refused to fully use foreign vaccines against corona. Assistant Commander of the Iranian Revolutionary Guard, Major General Mohammad Reza Naqdi, said that the IRGC "does not recommend any foreign vaccine injection." However, Tehran is in consultations with India, Russia and China regarding the purchase of vaccines against Covid-19.

Iranian opposition leader Maryam Rajavi said that this tragedy is a direct result of the criminal policies and plundering of the mullah regime in the past ten months, adding that avoiding these dimensions was possible and the number of casualties could have been much less. Khamenei, Rouhani, and other regime leaders are directly responsible for the increasing number of victims who have been sent to the slaughterhouse of corona instead of paying the salaries of workers through economic cartels controlled by Khamenei and the IRGC. Now they are causing an even greater disaster by preventing the vaccine from entering Iran.

Rajavi added that the number of victims in Iran, even according to official government statistics, is much higher than in neighboring countries and the Middle East – countries whose economic and social infrastructure and foundations are often much weaker than Iran. But the real statistics put Iran at the top of the world's population table.