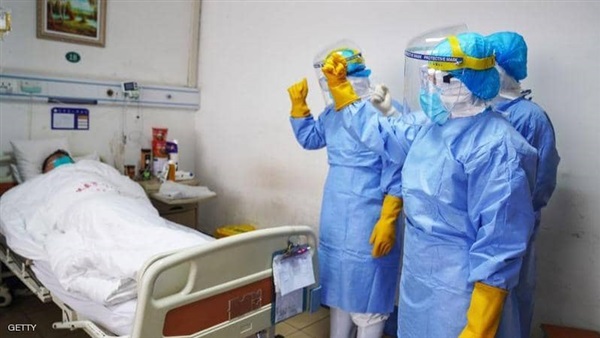 In the fourth and final part of the "Year of failure" series, we discuss how Turkish President Recep Tayyip Erdogan achieved a catastrophic failure in the face of the Covid-19 corona virus pandemic, thanks to his poor management, as the country recorded 2.133 million infections and about 20,000 deaths, due to the government's abandonment of precautionary health measures and the Turkish regime’s cover-up of the existence of the pandemic, which it even attributed to a conspiracy theory, and the pro-government media mocked it during the past year to spread an image that the virus is a tool of biological warfare and is a selective virus developed by international parties in cooperation with those affiliated with the Fethullah Gulen’s Hizmet movement.

The Turkish regime's denial of the existence of the virus and its failure to move quickly enough in taking measures of social distancing, and dismissing the reports of the intelligence services, which warned the authorities about the pandemic openly, gave the Turkish people a false sense of reassurance that contributed effectively to the exacerbation of the crisis. As well, the stubbornness and obfuscation that Erdogan and his apparatus practiced prompted the Turkish people to go about their lives normally until the pandemic spread throughout the country, ruthlessly claiming the lives of thousands, especially those in prisons and the displaced Kurds in northern Syria due to the lack of safety and security measures recommended by the World Health Organization.

Looking at the prison conditions in Turkey, we find that they are tragic, especially after the spread of the corona virus, as 300,000 people who were arrested in the wake of the scripted July 15, 2016 coup are currently imprisoned, which is much higher than the prison capacity in the country. This heralds a humanitarian catastrophe and the registration of large numbers of infected people. In the past, the problem of overcrowding in the prisons led to an outbreak of the contagious skin scabies disease.

The specter of corona deaths haunts the detainees at Silivri Prison, where a room is supposed to accommodate seven people, while there are 35 people in it under normal circumstances. In the era of corona, quarantine rooms were allocated within the prison, and detainees were distributed among the rooms until the number in the room became 45 people. Also, the rooms contain only two toilets, meaning that approximately 23 people can use one toilet, and the authorities do not sterilize the cells.

At a time when all countries in the world announced large aid packages and the release of prisoners in order to confront the corona virus, the matter is different in Turkish prisons, as the prison authorities, instead of providing free preventive medical masks to prisoners to prevent them from infection, have raised their prices inside the prisons.

It is worth noting that the health sector in Turkey has witnessed an unprecedented decline, as 7,500 workers in the sector were dismissed as part of the mass cleansing process practiced by the government, including 1,689 arbitrary doctors working in the Ministry of Health and 1,697 academic doctors, while 14 hospitals, 36 medical centers, research centers and teaching hospitals affiliated with the Ministry of Health have been closed.

In the private sector, the picture is even bleaker, as more than 1,200 doctors are now unemployed as a result of the closure of their private hospitals and medical centers, 675 academic doctors lost their work when private medical colleges related to service projects were closed, and 5,261 doctors, academics and health sector workers were affected by these arbitrary measures. By counting all those who were arbitrarily dismissed by the government from the health care sector, including government and private workers, number more than 21,000 workers, whose crime is that their opinions contradict the trends of the ruling party.

The losses to the corona virus also extended to the economy, which collapsed due to the cessation of tourism. Turkey was planning to attract 60 million tourists, but the number of foreign visitors decreased by 59.4% during the year 2020, which deprived Turkey of more than $20 billion, according to the statistics of the Ministry of Tourism, in addition to the losses that accompanied the curfew and the suspension of activity at the height of the corona virus.