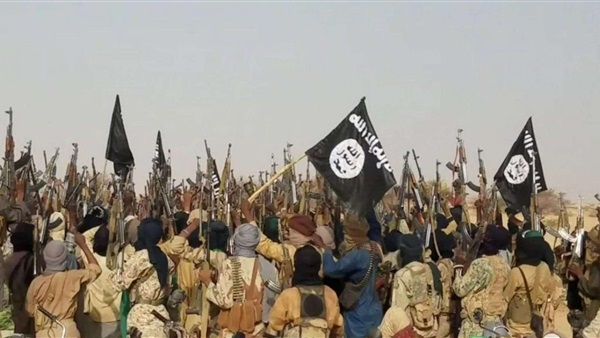 This coincided with a United Nations report showing that ISIS had gained presence in over 88,000 kilometers in Syria and Iraq.

The report also showed that the terrorist group was in control over 8 million people in the two countries.

A recent study by the Combating Terrorism Center, which is based in New York, showed that an exodus of ISIS members happened in the 18 months since Baghdadi's death from Syria and Iraq into Africa.

The center said the terrorist organization also succeeded in drawing in a large number of recruits in the continent in these 18 months, which made it stronger.

Over 3,500 ISIS members are now present in West Africa, the study said.

It estimated the number of ISIS members in Libya at hundreds.

United Nations Under-Secretary-General for Counter-Terrorism Vladimir Voronkov said the most senior leaders of ISIS continue to live in Iraq and Syria.

He said the attacks masterminded by these leaders increased noticeably this year.

Voronkov said he had told the Security Council that ISIS members act freely now in Iraq and Syria within small cells.

ISIS is regrouping and increasing its activities in volatile areas, such as Iraq and Syria, Voronkov said.

He added that the branches of the organization in other parts of the region are also becoming active.

A retired U.S. intelligence official said, meanwhile, that the threat posed by ISIS is far from over.

The U.S., he said, succeeded in destroying this organization. However, ISIS is still present in many parts of the world, he said.

The official noted that the global coalition against ISIS is no longer active or present.