Iran with a new plan for cultural control in Syria 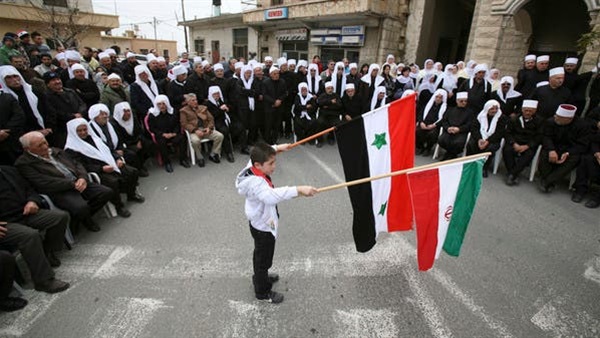 Iran invested a lot of money in proxy wars and terrorism in the Middle East region in the past four decades.

It also worked to promote its extremist Shia version, using mercenary cells, only with the aim of serving the agenda of its guardianship of the Islamic jurist system.

Syrian capital Damascus served as an important base for Iran in this regard, before the eruption of anti-regime protests in 2011.

Soon after the eruption of the protests, Shia militias from all countries, including from Lebanon, Iraq and Pakistan, entered Syria to defend its government against the demonstrators.

Loss on the ground

Despite this, Iran started running into losses on the ground in Syria as of 2015. It lost influence for the Russians who are now in control in most of the war-torn state.

Iranian troops were the target of airstrikes by Israel several times in different parts of Syria, especially in the southern part of the Arab country.

On Tuesday and Wednesday, Israeli fighter jets attacked a group of Lebanese Hezbollah movement and Iranian fighters in the northern country side of the southwestern Syrian province of Quneitra. The attack caused human casualties.

These attacks are causing Ethiopia to reduce its military presence in Syria. It focuses instead on controlling the Syrian economy, culture and education sector.

The Iranian ambassador in Damascus met recently the Syrian minister of education and health and signed a number of agreements with him.

The agreements will open the door for the reconstruction of educational and health facilities in different parts of Syria, especially in areas devastated by the war.