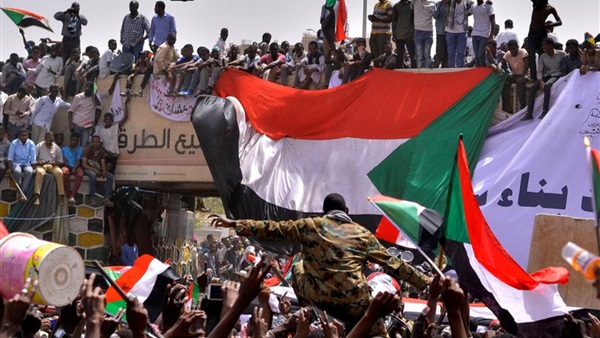 On the 31st of August 2020, the Sudanese transitional government signed a peace agreement with the armed rebel movements on August 31, in a move that many considered a new establishment of the state of Sudan with the end of the decades-long civil war, especially in the south and west of the country. During the first half of October, another sign of a breakthrough began to appear on the horizon at the international level, namely the lifting of Khartoum from the list of countries that sponsor terrorism. This indicates that there is a new future for Sudan that may open up brighter prospects for the country in the international community, in conjunction with internal stability that has been lacking for many years.

In the following lines, the Reference sheds light on what Sudan could be like after these two major steps.

With the fall of former Sudanese President Omar al-Bashir’s regime in April 2019, new signs of comprehensive national reconciliation began to loom in Sudan against the backdrop of settlement initiatives with the various political factions, especially in the southern region of the Blue Nile and Kordofan provinces and in the western region of Darfur, where the armed conflict continued over the course of decades.

The south was dominated by the Sudan People's Liberation Movement, founded by John Garang in 1983. The armed movement had called for federalism, but later turned to separatism. In 2005, it reached a peace agreement with Khartoum allowing power-sharing. The matter eventually developed into a self-determination referendum in June 2011, which resulted in the declaration of South Sudan as an independent state, with Juba as its capital.

In the West, the Justice and Equality and Sudan Liberation movements have led the armed conflict with Khartoum since 2003, in one of the longest tribal conflicts, which included the Zaghawa, Masalib, and Fur tribes. The conflict resulted in the displacement of 4 million citizens and 300,000 dead.

The reconciliation included four major factions, and two other factions emerged from the largest armed factions in Sudan. As for the participating factions, they fall under the Sudanese Revolutionary Front, which was established in 2011. These factions include three from the Darfur region, namely:

Justice and Equality Movement: The movement was founded in 2001 under the leadership of Khalil Ibrahim, who is known for his affiliation with the Islamist movement that supported Bashir in his coup against the elected government in 1989. The movement committed an attack on Khartoum in 2008.

Sudan Liberation Movement (founded in 2002): Minni Minnawi’s wing separated from the mother movement, which is led by Abdel Wahid Mohamed Nour, a lawyer with leftist leanings.

Two main movements deviated from the agreement: the Sudan Liberation Army (Nour’s wing), which is militarily active in Darfur, and the Sudan People's Liberation Movement (Hilu's wing), which is fighting in South Kordofan and Blue Nile. It suspended its participation in the negotiations in objection to the representative of the government delegation, Lieutenant-General Mohamed Hamdan Dagalo (Hemetti), deputy head of the Transitional Sovereign Council.

It also includes establishing a National Commission for Religious Freedom, represented in the two regions, to monitor and guarantee the rights of non-Muslim groups.

The two regions are granted constitutional rights that amount to extended self-government within a religiously and nationally diverse federal state.

Sudan has been under sanctions for nearly a quarter of a century after Khartoum was included in the list of states sponsoring terrorism during Bashir’s rule in the 1990s.

After Bashir’s regime was overthrown in 2019, the Sudanese transitional government, headed by Abdalla Hamdok, is seeking to remove Sudan from the list of states sponsoring terrorism in exchange for reaching a consensual formula towards achieving this goal, so as to stop the bleeding losses that have decimated the Sudanese economy, for which citizens have paid dearly during that period as punishment for the actions of the Bashir regime, which caused very poor economic, political and social conditions as a result of the US sanctions. This also caused isolation that deprived an entire generation of all the benefits of integrating into the international community.

The agreed formula is consistent with the US judicial system, which demanded payment of $335 million in compensation for the victims of the 1998 bombings of the US embassies in Nairobi and Dar es Salaam, as well as the battleship USS Cole in Yemen in 2000, which al-Qaeda was behind. The United States asserts that these operations were carried out with the support of Khartoum, which necessitated placing Sudan on the lists of countries sponsoring terrorism.

During the last week of September, the head of the Sudanese Transitional Sovereignty Council, Abdel Fattah Al-Burhan, met an American delegation in the UAE capital Abu Dhabi to discuss the decision.

Burhan said, “The discussions were serious and frank, and they discussed a number of issues of common concern, foremost of which is the issue of removing Sudan from the list of terrorism, and other restrictions imposed by the United States on Sudanese citizens, such as the denial of Sudanese participation in the lottery, the Darfur Peace Act, and others.”

Although some observers have linked the issue of removing Sudan from the list of states sponsoring terrorism to the Palestinian issue and relations with Israel, the reconciliation agreement and the removal of Sudan from the terrorism list are considered a prelude to the establishment of a new state based on internal and external stability.