The Abraham Accord: four men made history 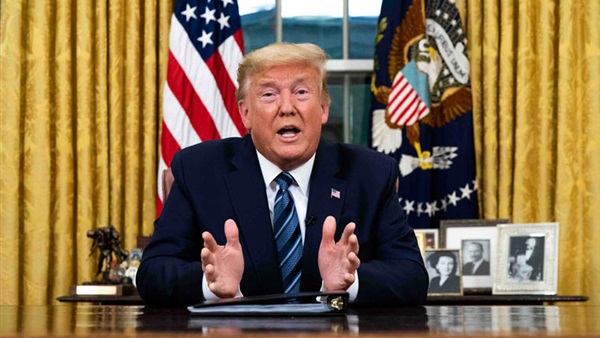 Trump took center stage and emphasized the historic moment: In 72 years since the creation of Israel, he said, two peace deals had been signed, and his administration had added two more in just one month.

More than 700 people, including leading US senators and representatives, thronged the sun-washed South Lawn of the White House. While the administration previously declined to invite Democrats to signing ceremonies, this time a large number were on the guest list.

US media applauded too. “It’s a win, win, win for everybody,” said one TV pundit. Even the Washington Post headlined: “The haters won’t admit it, but Trump’s UAE-Israel diplomacy is an extraordinary triumph.” Many believed the Accord would herald a seismic shift away from the stagnation in which the Middle East has been mired for decades.

The South Lawn has seen only two such events in the past 40 years. Here, in 1978, Egyptian President Anwar Sadat and Israeli Prime Minister Menachem Begin ended three decades of hostilities between Egypt and Israel, and activated diplomatic and economic ties after negotiating an agreement with President Jimmy Carter at Camp David.

The second took place on President Bill Clinton’s watch in 1994, with King Hussein of Jordan on his left and Yitzhak Rabin on the right. The “Washington Declaration” ended the official state of enmity between Jordan and Israel and started negotiations for “an end to bloodshed and sorrow.”

This time, outside the White House, a group of Palestinians chanted: “From the river to the sea, Palestine will be free.” An Israeli group gathered in front of the gate. While singing the praises of the Accord, they demanded the removal of Netanyahu, who they called “crime minister.”

The speeches began, interspersed with loud applause. “Any choice other than peace will lead to destruction, poverty and human suffering,” said Sheikh Abdullah, while the Accord would enable the UAE to “stand by the Palestinian people, and realize their hopes for an independent state within a stable and prosperous region.”

Al-Zayani said the Accord was a historic step on the road to a “genuine and lasting peace,” and he hoped the agreement would lead to a “comprehensive and enduring two-state solution for the Palestinian people.”

There were prayers. Netanyahu quoted the Book of Psalms: “May God give strength to His people. May God bless people with peace.” Sheikh Abdullah said: “We say in our Islamic religion ... O God, you are Peace and from you comes Peace.”

They signed the Accord. The crowd applauded. History was made.