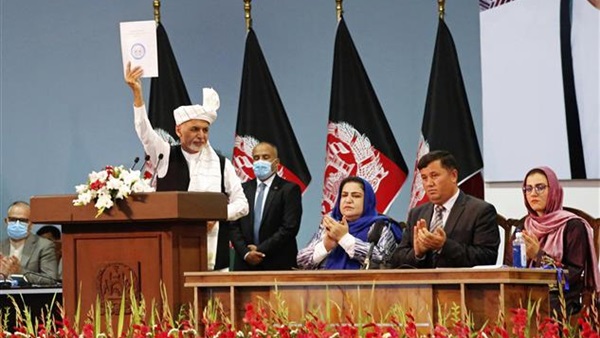 Ahead of an upcoming release of Taliban detainees held in Afghan prisons, the insurgent group warned the government in Kabul on Tuesday against any attacks on those released, saying such incidents would jeopardize the peace talks.

A Taliban spokesman told The Associated Press there have been at least 11 such attacks in the past several months — instances when freed Taliban figures were killed, harassed and re-arrested by government forces.

Kabul officials denied unwarranted attacks on freed Taliban. The prisoner release is part of a deal the insurgents signed with the United States earlier this year. A final 400 Taliban prisoners remain in government prisons.

Over the weekend in Kabul, an Afghan traditional council, known as the Loya Jirga, agreed to free the final 400 imprisoned Taliban, paving the way for an early start to negotiations between Afghanistan’s warring sides.

The council agreed to an “immediate” release of Taliban prisoners but by Tuesday, they had not been freed. Negotiations between Kabul’s political leadership and the Taliban are expected to begin within weeks — and will be held in the Mideast state of Qatar, where the Taliban maintain a political office. The Taliban said the talks could begin within a week of the final prisoner releases.

Taliban political spokesman Suhail Shaheen warned that attacks on newly freed prisoners will drive them back to the battlefield despite orders from their leaders “to stay at home, with their families.”

Attacks on their homes will “make it impossible for them to stay in their homes," Shaheen said. “Such incidents have happened that they have been re-arrested and also killed."

In recent months, both sides have freed prisoners in line with the deal the Taliban signed with Washington on Feb. 29 to bring an end to decades of war. The government was to free 5,000 — and has already released all but the last 400. The Taliban freed the 1,000 members of the government forces and Afghan officials they had held captive.

Shaheen said the Taliban would be ready “within one week to sit at the negotiating table" with Kabul's political leadership to first negotiate a cease-fire and then start the complex talks to decide the road map of a post-war Afghanistan.

But he said the moment is critical.

For some it compares after the 9/11 attacks, when the 2001 U.S.-led invasion toppled the Taliban in who had harbored al-Qaida leader Osama bin Laden.

Then tens of thousands of Taliban who gave up arms to return to their homes at the time were targeted by Afghan groups and warlords they had once fought seeking revenge. In December, 2001 a convoy of Afghan elders, including former Taliban, were targeted en route to welcome U.S.-backed President Hamid Karzai. Many who survived that attack later rejoined the Taliban.

In southern Zabul province, more than 2,000 ethnic Pashtuns, the backbone of the Taliban movement, tried to join the newly formed Afghan army in 2002, only to be humiliated by Kabul government forces. Most rejoined the Taliban.

“After 2001, when some former Taliban attempted to join the ‘new order,' they were persecuted and humiliated. And some who were just from Taliban areas were accused of being supporters and attacked and driven out of their land,” said Patricia Gossman, Associate Asia director of the Human Rights Watch. “Many eventually joined the insurgency.”

Gossman said unless a strategy is devised and a system put in place there is a danger that attacks on the tens of thousands of former fighters on both sides of the conflict could unravel a fragile peace process.

“Given the enormous amount of mistrust ... old grievances can easily erupt into more violence,” she said.

Sediq Sediqqi, spokesman for Afghan President Ashraf Ghani, has denied that any released Taliban were arrested or attacked without cause.

However, last month a government airstrike in western Herat killed 14 people when hundreds of elders had gathered to greet a returning Taliban figure newly freed from prison.

“The issue of reintegration will be a significant long-term policy concern that endures long after reconciliation has been achieved,” said Michael Kugelman, Asia Program deputy director at the U.S.-based Wilson Center.

“The ideal system — and it’s unclear if the Afghan state has the capacity to bring it about — is one that provides former fighters with the tools and skills to be productive off the battlefield, and that gives the state and the economy the incentives and resources to support them,” he said.

Russia’s Navalny accuses Putin of being behind poisoning