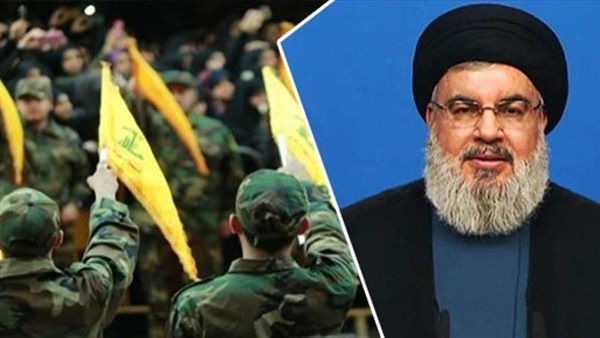 Hezbollah kept three metric tons of ammonium nitrate, the explosive thought to be behind the mega blast in Beirut this week, in a storehouse in London, until MI5 and the London Metropolitan Police found it in 2015.

The Lebanese terrorist group also stored hundreds of kilograms of ammonium nitrate in southern Germany, which were uncovered earlier this year.

The Beirut explosion took place at a warehouse that held 2,750 tons of ammonium nitrate that had been confiscated from a ship.

The Iran-backed terrorists kept the explosive in thousands of ice packs in four properties in northwest London, according to a report in The Telegraph last year. The ice pack deception tactic was used in Germany, as well.

A source was quoted in The Telegraph saying the ammonium nitrate was to be used for “proper organized terrorism” and could have caused “a lot of damage.”

MI5 arrested a man in his 40s for allegedly planning terrorist attacks, but did not find evidence that the terrorists were planning an attack in the UK.

A foreign government reportedly tipped off MI5 to the explosives stockpile. KAN reported that the Mossad gave the UK the information.

“MI5 worked independently and closely with international partners to disrupt the threat of malign intent from Iran and its proxies in the UK,” an intelligence source told The Telegraph.

The Prime Minister’s Office did not respond to a question as to whether Israel helped the UK nab the terrorists.

However, Germany found the Hezbollah explosive stockpiles with help from the Mossad.

The operation and raid on mosques and residents tied to Hezbollah throughout Germany in April came in tandem with a ban on the terrorist group’s activities.

In 2019, the UK banned Hezbollah, making it a criminal offense to support or be a member of the group, carrying a sentence of up to 10 years in prison.

Then-home secretary Savid Javid said the Lebanese terrorist group “is continuing in its attempts to destabilize the fragile situation in the Middle East – and we are no longer able to distinguish between their already-banned military wing and the political party. Because of this, I have taken the decision to proscribe the group in its entirety.”

Last week, a cross-party group of UK parliamentarians expressed concern that the UK was not effectively enforcing the ban on Hezbollah.

The letter sent to UK Security Minister James Brokenshire came after he said, in a Parliamentary answer, that the government did not collect data on the number of people in the UK investigated or charged with supporting Hezbollah.

They called on intelligence agencies and the Home Office to collect and regularly review statistics on people who have displayed the Hezbollah flag or other symbols of support, and update the House of Commons on those numbers, in order to assess the effectiveness of the ban.