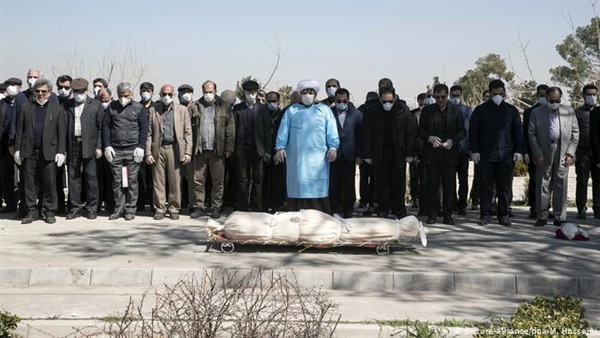 The Iranian regime continues to deflect attention from its failure in handling the Covid-19 crisis.

Infections and deaths are reaching record numbers in this country.

The Revolutionary Guard Corpse manages the Covid-19 file. It works hard to varnish the situation of the pandemic in Iran by hiding the real infection and death figures.

Externally, Iran does not want to cut off its trade ties with China or look helpless in the eyes of the Americans. It also wants to maintain the freedom of movement with Iraq and Syria. However, the free movement of the Iran-backed militia members between Iran, Iraq and Syria contributed to spreading the disease.

The number of Covid-19 deaths in Iran until July 20 was three times higher than the figure reported by the Iranian Ministry of Health.

According to the Ministry of Health, 14,000 Iranians had been killed by the disease until July 20.

However, this means that over 42,000 people were killed by the disease in Iran until that date.

The actual number of infections also reached 451,000, two-fold the number reported by the Ministry of Health, according to an investigation by BBC.

It said Iranian authorities had intentionally reported fewer infections and deaths, even as there are records at Iranian hospitals.

In recent days, the state television in Iran conceded that there is a Covid-19 fatality in the country every seven minutes.