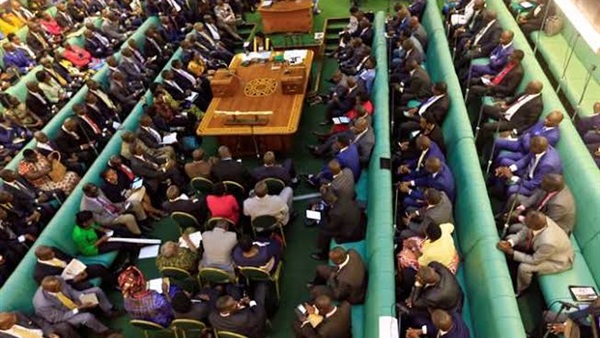 Campaigners have asked Uganda’s parliament to order the removal of monuments to British colonialists and to rename streets commemorating imperial military forces.

Uganda gained independence in 1962 after almost 70 years as a British protectorate, and more than 5,000 people have signed a petition to “decolonise and rename” the dozens of statues and street names which remain.

Among the disputed statues is one of Lord Fredrick Lugard, a prominent military colonial official in east Africa with a reputation for cruelty.

British diplomat Lord Lugard with a group of west African chiefs at London Zoo in 1924. Campaigners want to remove his statue from Kampala.

Campaigners want to change the name of King’s African Rifles Drive in Kampala, named after the British unit deployed in the brutal campaign against the Mau Mau uprising in neighbouring Kenya.

“[We] strongly believe that the continued public display of colonial iconography which glorifies individuals responsible for the brutalisation, subjugation and humiliation of colonised peoples of Uganda is a slap in the face of many brave people that fought for the political independence of Africa from the 15th century until the late 1960s,” the petition says.

Statues in the US, UK and across Europe have been defaced and pulled down in recent weeks.

Across Africa, many monuments were replaced when successive states gained independence. In South Africa, where students took down the statue of imperialist Cecil Rhodes in 2015, a statue of Paul Kruger, 19th-century Boer leader, was recently vandalised.

In Sudan, activists are demanding that a Khartoum street where the British embassy is situated, named after slave trader Al-Zubayr Rahma Mansur be renamed. The road leads to the military headquarters where last year’s peaceful protest against then-president Omar al-Bashir was dispersed violently and more than 120 people were killed.

Hafiz Ibrahim, of Justice Africa , said: “We demand the change of the street name and an apology from the grandchildren of those who opposed the abolition of slavery in Sudan.”

The Ugandan campaigner Apollo Makubuya said the aim was to name streets “in a manner that addresses the legacy of colonialism and oppression, promotes national heroes and heroines as well as contributes to national harmony, respect for and protection of human rights and dignity”.

Erias Lukwago, the lord mayor of Kampala, said the cause was justified. “There are names which can be left … reflecting our history because colonialism is part of our heritage anyway. But the point is about removing the names of dictators and people who committed crimes against humanity from our streets.”

Rebecca Kadaga, the parliament’s speaker, promised to “constitute a multi-sectoral team to consider the matter”.

Germany to Russia: we will protect our people, online and off