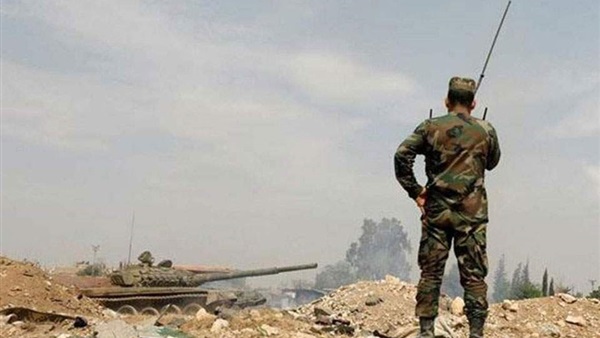 The Libyan National Army (LNA) has fully captured the Libyan town of Al-Asaba in the west of the country in its ongoing conflict with the National Accord.

The GNA reportedly took the town of Al-Asaba, which is around 100 kilometres southwest of Tripoli, from the LNA, led by Gen. Khalifa Haftar on May 21.

Meanwhile, the Syrian Observatory for Human Rights said that Turkey had sent 400 more Syrian fighters to aid the GNA.

Turkey supports the GNA and has been accused of sending thousands of Syrians to Libya as mercenaries.

Brig. Gen. Khalid Al-Mahjoub of the LNA has claimed that "Turkish planes arrive every day, ranging from transporting mercenaries from Turkey to transporting weapons and equipment. And we noticed in the recent period that other types of weapons were also brought in."

Turkey has previously been accused of sending thousands of mercenaries to Libya, as well as ammunition, weapons, and drones.

Al-Asaba collect the municipalities of the western mountain, about 120 km from Tripoli.

In the early morning hours, the armed forces launched the liberation of Al-Asaba, south of the capital, as the army forces chased militias and Turkish mercenaries to the Gharyan border, southwest of Tripoli, which is their stronghold and hideout.

The army succeeded in liberating the city in a lightning attack that confused the militias ’accounts and forced them to flee the area.

Meanwhile, the Libyan army spokesman, Major General Ahmed Al-Mesmari, announced that "the operation to restore the city of Al-Asaba began several days ago."

Al-Mesmari said that the most prominent events of the day are the entry of forces to the fingers, and the exit of the people of the city to receive the Libyan army with great enthusiasm.

He added that the Air Force participated in preparing the ground forces for entering the city, which was under the control of the Al-Wefaq government militia in Tripoli.

He continued, that the armed forces re-positioned and positioned in strategic areas in Tripoli, and were able to withdraw the militias under the fire view, especially as the Libyan army fought over 155 hours of continuous fighting.

He pointed out that the Turkish planes became flies for the Libyan army, and we shot down large numbers of them.

He explained that some of the Syrian mercenaries came to Libya with fatwas from the terrorist Sadiq Gharyani, the groups of Al-Zawahiri and the sheikhs of Qatar, and Turkey forced some factions to send their children in exchange for food.

He added that a captive mercenary confessed to the army, and came to Libya in exchange for food, and we have eliminated hundreds of Syrian mercenaries during the past days and the majority of militia and mercenary leaders.

The Libyan army spokesman stressed that the forces are not fighting against Al-Sarraj, who came in 2015, and since 2014 we have been fighting terrorism, assassinations and bombings.

On April 4, 2019, the army launched the Flood of Dignity to liberate the western and central regions, resulting in the liberation of the city of Sirte and the incursion of the armed forces into the capital, Tripoli.

While Turkey supports the militias of the Al-Wefaq Brotherhood government headed by Fayez al-Sarraj, with arms and mercenaries, despite international resolutions calling for a arms embargo to Libya.

In a related context, the Syrian Observatory for Human Rights said that the Turkish government sent a new batch of about four hundred fighters from the Syrian factions loyal to it to participate in the Libyan battles, for a total of more than 11,600.

Turkish march aircraft targeted vehicles for the Libyan army in the town of Al-Asaba, in the western mountain, after liberating them from the Al-Wefaq militia.

Turkey continues to sink Libya with Syrian mercenaries to fight alongside the Al-Wefaq government militia.

A few days ago, the National Army announced the arrest of Muhammad al-Ruwaidani, known as Abu Bakr al-Ruwaidani, or al-Baidani, "one of the most dangerous ISIS operatives who moved from Syria to Libya."