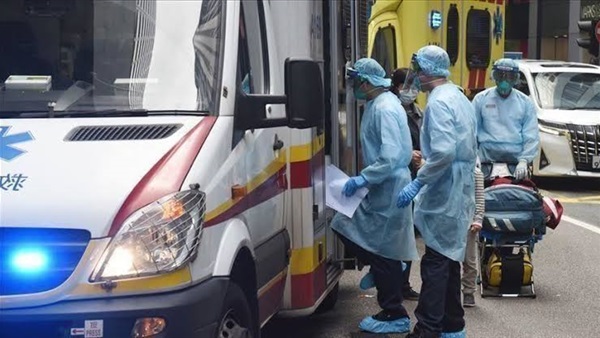 NHS England has announced the deaths of 149 more people who had tested positive for Covid-19, bringing the total number of confirmed deaths in hospitals in England to 26,383.

The figures also show that 30 of the news deaths took place between May 3 and May 25, while six occurred in April, one one took place on March 19.

This is because of the time it takes for deaths to be confirmed as testing positive for Covid-19, for post-mortem examinations to be processed and for data from the test to be validated.

The latest figures show that April 8 continues to have the highest number of hospital deaths in a single day, with a current total of 893.

Police in England and Wales have issued nearly 17,000 fines to people for alleged breaches of lockdown rules, according to the National Police Chiefs’ Council.

A further 10 people have died after testing positive for coronavirus in Wales, taking the total number of deaths in the country to 1,317.

Public Health Wales said another 102 people have tested positive for Covid-19, bringing the total number of confirmed cases to 13,827.

Your support protects the Guardian’s independence. We believe every one of us deserves equal access to accurate news and calm explanation. No matter how unpredictable the future feels, we will remain with you, delivering high quality news so we can all make critical decisions about our lives, health and security – based on fact, not fiction.

Support the Guardian from as little as $1 – and it only takes a minute. Thank you.

A civilian pilot sparked an emergency response after landing without permission on a closed RAF airfield in North Wales “because he wanted to go to the beach”.

Ministry of Defence guards and fire crews confronted the pilot after he landed on a runway at RAF Valley on the Island of Anglesey on Monday, the RAF confirmed.

The pilot is understood to have flown from an airfield in Surrey in order to go to the beach, despite it being in breach of Welsh coronavirus lockdown rules, a source told the PA news agency.

Workers were said to be carrying out repairs and maintenance of the airfield at the time of the incident, and no bird control unit was in place.

After security checks were carried out, he took off again. An RAF spokesman said the incident had been reported to the Civil Aviation Authority (CAA).